Days after she appeared to collapse from “dehydration” and announcing that she is suffering from pneumonia, Hillary Clinton appeared in the most recent edition of “Women’s Health” magazine.

This was obviously a previously planned method of putting rumors about her health to rest, but it was an unavoidable topic when she appeared to have a malfunction[1] of some sort right in front of the cameras. 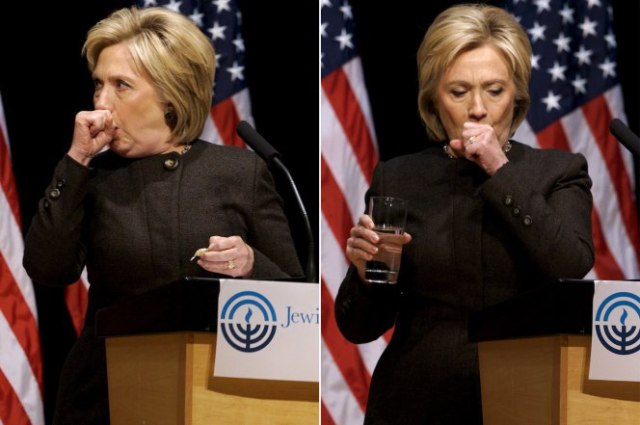 Nevertheless, Women’s Health[3] published the Clinton article in which they discussed “the biggest issue” she has faced during her campaign.

“In the heat of a campaign, in a culture that rewards brevity and clever phrases on social media, it can be really tempting to give simple answers to complex problems. That’s never been my style.”

She is, of course, referring to the “new media culture” where she claims “simple answers” are given for “complex problems.” Of course, it’s only new media’s job to report the facts, not “give answers” like she suggests. Sure, that’s what pundits do and some pundits run sites, but overall, we’re only here because of people like HER and her fellow Democrats who are manipulating the mainstream media with their money and influence.

But of course, no self-serving article would be complete without a little bit of pandering to women, now would it?

“As first lady, senator, and secretary of state, I would watch world leaders roll their eyes whenever I brought up issues that affect women and girls. But with persistence – and data – I’ve watched it dawn on more than a few men that women’s issues are their issues too.”

She must be talking about all of those Muslim countries she travels to in order to grovel for their money, because there is not one person in America – or any first-world country for that matter – who would roll their eyes at legitimate women’s issues. The fake ones, however, it’s entirely likely.

This was a pathetic attempt to get Hillary to look more sympathetic to women, as well as a pathetic attempt to shut down people who had legitimate reasons to question her health. It should be pulled down immediately because it’s OBVIOUS that this woman is a liar. She should not be in a magazine that a lot of women take rather seriously.

What do you think of the article in question? Was it a ploy by the Clinton campaign, or a simple coincidence? Let us know on our Facebook page[4]!