Hillary Clinton Tweeted Like MAD During #GOPDebate- WHAT She Tweeted Will ENRAGE You!

Well, Hillary Clinton is probably wishing what she tweeted during the Republican presidential debate Thursday night would somehow “disappear”, just like those emails[1]…not this time, lady. 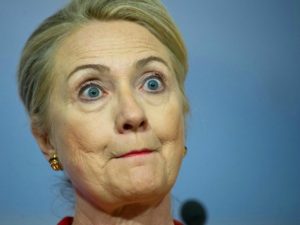 So, let’s get this straight. Clinton is on such a high horse that she tweets this meme with bits from her senate hearing? She thinks this is appropriate and okay? She has her own crap that is rearing down on her…

You know what, why should we even bother? She probably slip by this anyways, just like the every other vile thing she was responsible for. Seriously, why bother?