Hillary Is About To Embarrass Herself, In Attempt To FRAME Trump…

The “alt-right” has been the topic of conversation over the last 24 hours because Hillary Clinton decided to stick her foot into her gaping maw.

The “alt-right” has yet to be defined definitely, but my experiences with people who define themselves as “alt-right” have been horrible, racist, sexist, white-supremacist trolls trying to tear down people who don’t agree with them.

Of course, Hillary Clinton[1] misses the irony of her calling out racist bigots… 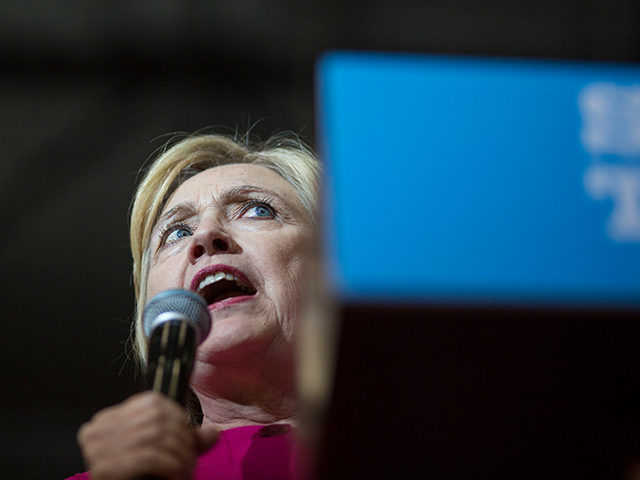 Not for the first time, Hillary Clinton is about to dive into a topic she doesn’t understand. In an attempt to frame Donald Trump as a dangerous extremist and panderer to racists, she is going to take on the alternative right.

The move is purely cynical of course. Breitbart is the only major news site that has illuminating coverage to the alt-right, exploring its effect on the 2016 election without simple-minded denunciation or endorsement. Following the appointment of our then-executive chairman Stephen K. Bannon as Trump’s campaign CEO, she wants to tie the Republican nominee to a movement that has been disingenuously smeared as nothing but white supremacists. Coming from a media and political class that regularly cheerleads for the appallingly racist, cop-killer cheering[3] Black Lives Matter, the claim is rich.

She will make no attempt to understand the nuances of this complex and fascinating movement, and will resort to BuzzFeed-esque simplifications in place of serious analysis. Well, nevermind — that’s what we’re here for.[4]

We’ve covered the alt-right before. Indeed, our previous piece on the movement[5] has become the primary source for leftist and establishment conservative writers who are horrified that anyone could give impartial coverage to it. For our troubles, we’ve been accused of “cheerleading” for the alt-right, and even being self-proclaimed members. To the pearl-clutchers who occupy the mainstream press, anything less than fearful, blanket condemnation no doubt looks like cheerleading, but their perception doesn’t make it so.

We’re happy to admit that the alt-right harbours some white supremacist hangers-on. People like the virulently anti-semitic Andrew “Weev” Auernheimer, who in response to a request for comment called Breitbart “Jews” who want to smear what he described as “decent Nazis.”

But the fact that real white supremacists hated our commentary on the alt-right, and the fact that Breitbart is an unapologetically pro-Israel site with a diverse staff will no doubt be conveniently ignored by Hillary Clinton. I expect the fact that the bulk of our alt-right coverage comes from a gay Jew and a half-Pakistani (a fact that the alt-right’s racist faction to have fits of rage[6]) will also escape their notice. But it won’t escape the notice of readers.

Hillary isn’t very bright, but we knew that. From the woman who didn’t understand the TEA party movement, how could she even begin to comprehend something that she doesn’t care about or identify with?