Hillary FIRES At Sarah Palin After TRUMP Endorsement…Then Palin HUMILIATES Her With THIS Response !

Hillary Clinton tried to beat up on Sarah [1]Palin over her endorsement of Donald Trump. Palin’s response is as Palin as ever…. cracked me up! 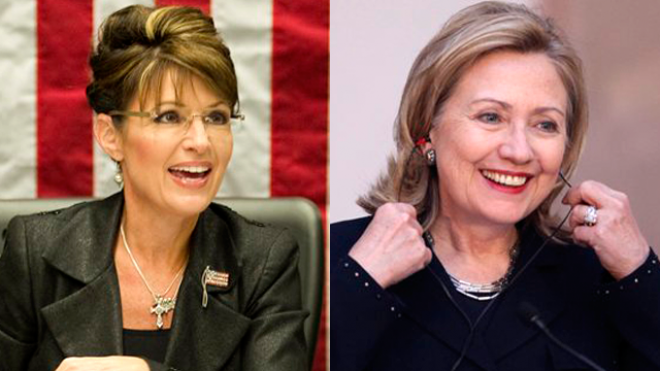 But Palin immediately showed Clinton why the attack backfired.

Palin appeared on stage with Trump at a rally at Iowa State University in Ames and came out full force for the GOP frontrunner. The former Alaska governor and one-time GOP candidate for vice president showed enthusiastic support for the real estate mogul, calling him a “compassionate,” “refreshing” and “self-made” man who would bring the country back from the mess President Obama made.

As soon as the announcement was made, Clinton’s team jumped onto Facebook to try and make political hay out of the Palin endorsement.

On her Facebook page, Clinton’s staff wrote: “Sarah Palin’s got Trump’s back.” The posting also said if Clinton’s supporters want to keep Republicans like Trump and Palin out of the White House, then they should sign up for Clinton’s Facebook updates.

The post closed saying, “We can’t afford a Republican in the White House. Sarah Palin is standing with Trump. Fight back.”

Palin’s response:
It’s what you do for deserving public servants, Hillary, so darn right we’ll have our next President’s back… better than you had the backs of our guys in Benghazi.
PS – all those blue Bernie signs really pop here in the Iowa snow!