Judicial Watch[1] announced that Hillary Clinton may be forced to testify about her email scandal before the convention! This could put a serious damper on her campaign. 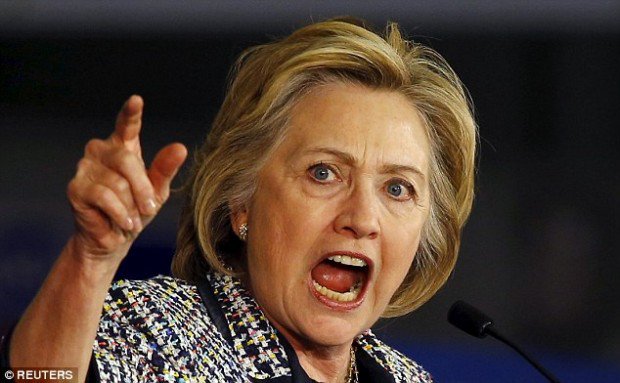 While it’s almost a given at this point that Hillary Clinton will be the Democratic presidential nominee, that doesn’t mean the rest of the year is smooth sailing for her, especially given the fact that she might be ordered to testify in the email server case just weeks before the convention.

It would be pretty sweet if she were indicted and put in the slammer, but I’m not holding my breath for that miracle.

While Bernie Sanders continues to serve as the public thorn in Hillary Clinton’s side with victories like the one in Indiana Tuesday, he’s stuck to his pledge not to bring up Clinton’s “damn emails.” In that arena, Judicial Watch continues to be the engine that could, chipping away for years at Clinton’s scandal-proof Teflon coating.

It might be hard to believe, but Sanders is doing conservatives a huge favor by motivating progressive Democrats to join in their demand that Clinton’s scandals be investigated. And if the timeline in Judicial Watch’s approved discovery plan plays out as scheduled, Hillary Clinton might be called to testify just weeks before the Democratic National Convention.

Do you think this will have a negative effect on her campaign?