Hillary Makes Terrifying Announcement About Guns – She Needs to Be STOPPED

Hillary is saying Americans have too many guns and something needs to be done about it. Still spewing off her same old garbage…and making the same old threats. This time it was in front of mothers who lost their children to gun violence. Classic.[1] 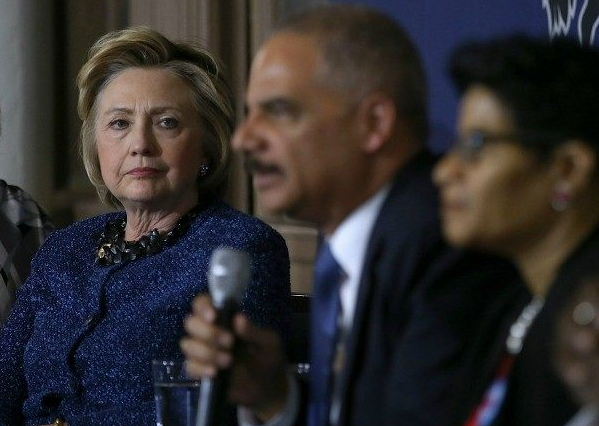 “When it comes to guns? We have just too many guns,” she said as the audience applauded. “On the streets, in our homes, in our neighborhoods.”

Clinton spoke during a forum on gun violence with a group of African-American women who lost family members in shooting. Former Attorney General Eric Holder was also present at the event, which was held at St. Paul’s Baptist Church in Philadelphia.

During the forum, Clinton urged voters to tackle the “epidemic” of gun violence in America.

“There is none more powerful gun lobby than the gun lobby,” she said. “None.”

Clinton criticized Congress for siding with the National Rifle Association, noting that it would do everything it could to defeat her in the presidential election.

“They’re only just getting warmed up, I’m fully aware of that,” she said.

Clinton praised Holder during the event, pointing out that the former Attorney General for Obama “was in a position to see a lot of this first hand.” Holder praised Clinton as someone that would help continue the progress made by the Obama administration.

“I’m confident that if we elect this woman as the president of the United States, that progress will continue,” he said.

Hillary slow your roll, take a seat… you’re not getting your greedy little hands on our guns. Nope.