What a total knob. Hillary Clinton is an idiot. She’s calling for the reinstatement of the ban on assault weapons, because THAT’S the problem? Are you kidding me!? The idea that this wicked man only carried out his heinous plan because he could get an assault weapon is a HUGE tell on either Hillary’s LACK of intelligence[1], or her anxiousness to create a nation of sheep ready for slaughter… 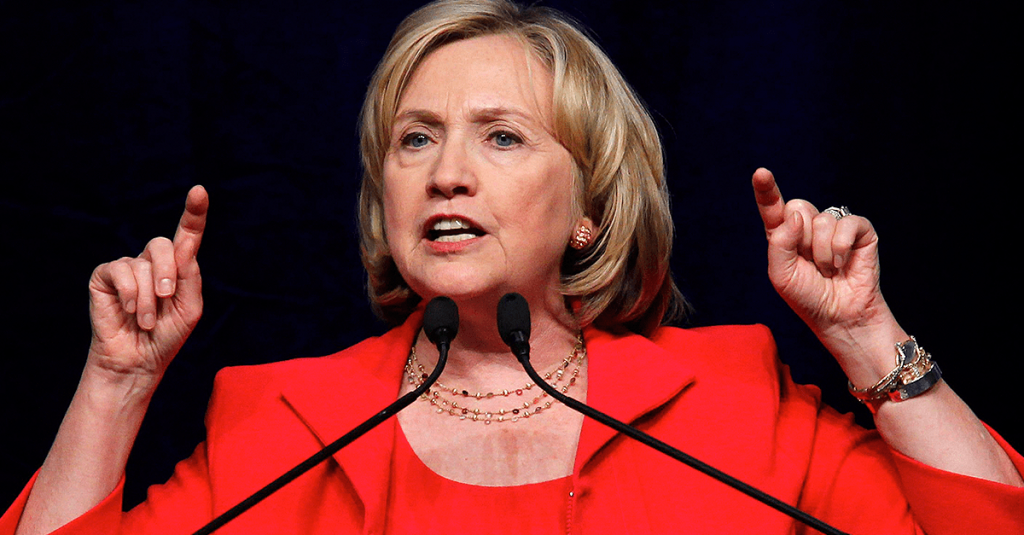 During an interview with CNN’s Chris Cuomo, Clinton called for a reinstatement of the assault weapons ban.

“We did have an assault weapons ban for ten years,” she said. “I think it should be reinstated.”

During an interview with the Today Show, she added, “Let’s keep weapons of war off our streets like the one that was used in Orlando.”

Clinton criticized Florida’s gun laws, blaming legislatures for not regulating assault weapons, 50 caliber rifles, or large capacity ammunition magazines. She also blamed Florida for not requiring a permit to purchase a gun, not requiring gun registration, and not requiring gun owners to be licensed to carry a shotgun or a rifle.

“We know the gunman used a weapon of war to shoot down at least 50 innocent Americans and, you know, we won’t even be able to get the congress to prevent terrorists or people on the no-fly list from buying guns,” she said.

Clinton demanded more gun control to stop mass shootings, reminding viewers that the mass shooting in Orlando was the worst in American history.

“Yes, there is a right for law-abiding, responsible Americans to own guns and, yes, there are reasonable common sense measures to try to keep people safe from guns,” she said. “We have to figure out the best way to move forward on that. That’s what I’m committed to doing.”

It is the solemn duty of ALL American patriots to own guns and ammo. A-holes like Hillary, who are too selfish to see this, can take a seat. We really need a good house cleaning in Washington D.C., get them all out of there. They are ruining an entire nation of good people by forcing them to be victims of bad people.