Hillary Has “Medical Episode” At 911 Memorial…Campaign Tries To Cover-Up! [VIDEO]

In a report that is easily now circulating all over the internet, a law enforcement source that was at today’s 9/11 memorial in New York revealed that Hillary had a “medical episode” that caused her to leave the event early…but it was what happened when she tried to get into her vehicle that really caused an avalanche of questions from Twitter users and the media.

After keeping a low profile and keeping everyone in the complete dark for almost two hours, Hillary’s campaign issued a statement that is no doubt lacking in sincerity claiming the candidate simply “felt overheated,” so went to take a load off at her daughter’s apartment and is “feeling much better” — which they showcased poorly with a pathetically staged act of a little girl going in for a hug.

Of course, we are not idiots, no matter how Hillary and her cronies label the evidence as a ‘vast right wing conspiracy’ — especially in the context of the countless reasons to be concerned about the presidential nominee’s terribly hidden health. This cutting short of appearances is getting old, as it was the same just a few days ago when she had to stop her speech abruptly to go off stage and hack her lungs out. 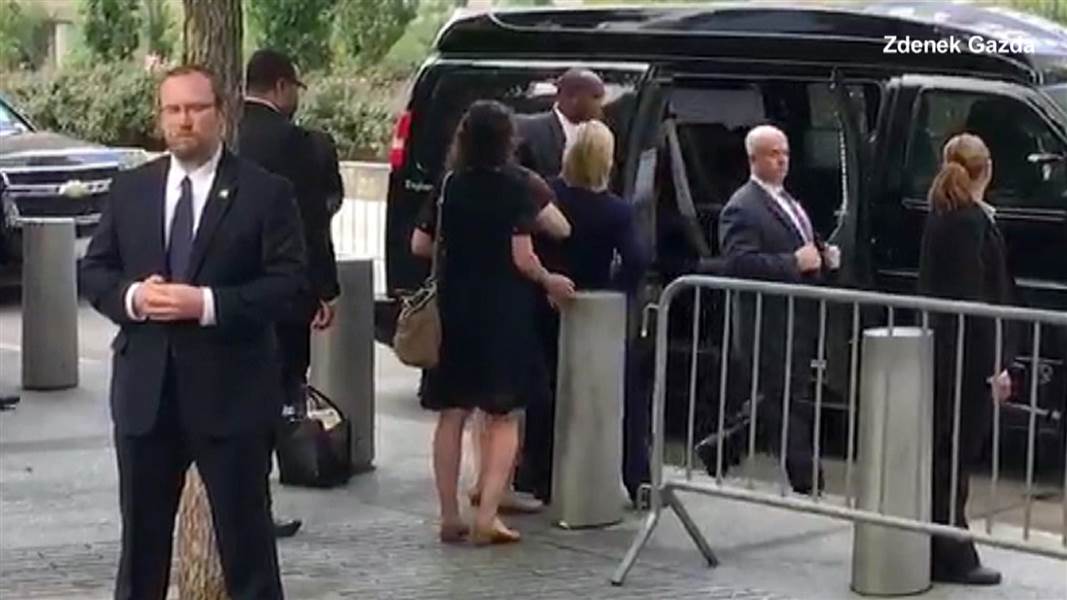 “Secretary Clinton attended the September 11th Commemoration Ceremony for just an hour and thirty minutes this morning to pay her respects and greet some of the families of the fallen,” spokesman Nick Merrill said. “During the ceremony, she felt overheated, so departed to go to her daughter’s apartment and is feeling much better.”

The temperature was in the low 80’s people. This is just getting stupid, now. How long is the Clinton camp going to keep running this circus?