Hillary Has Nowhere To Hide Now, FBI On Their Way To Her House For FINAL Step Of Investigation…

The noose is tightening around Hillary Clinton’s neck. We know that she has committed serious crimes and this fact is not in dispute. Still, for some reason, federal investigators are still taking their time in investigating Clinton’s treasonous crimes. Now, she’s scheduled to meet with the FBI[1] – the final step before the feds offer a recommendation. 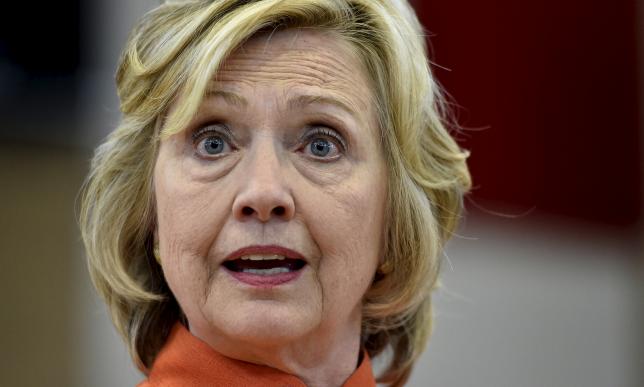 From the Daily Caller:

Former Sec. of State Hillary Clinton is scheduled to meet Saturday with the FBI, a source close to the investigation into her private email server tells The Daily Caller.

The source went on to suggest the interview may take place at her Washington, D.C. home.

The bureau’s interview with the presumptive Democratic presidential nominee is believed to be the final step in its investigation into the potential mishandling of classified information on Clinton’s private email server.

Hundreds of now-classified documents — some of them “Top Secret” — were sent and received through Clinton’s private server, which she housed at her New York residence during her tenure at the State Department.

Scheduling the meeting on a holiday weekend will likely help with logistical issues for both the FBI and the Clinton campaign.

Clinton has no campaign events listed on her schedule which means that she will not be tailed by the usual pack of campaign reporters. The FBI has sought to avoid drawing attention to its probe by bringing in witnesses in secret. That strategy has been successful, as reports of the meetings have only come out after they were held.

Past interviews with Clinton probe witnesses have reportedly been conducted by FBI agents, lawyers with the Justice Department’s National Security division and prosecutors from the U.S. Attorney’s Office in Alexandria, Va.

The politician has not been asked in several weeks whether she had scheduled an interview with the government. Her last comments on the matter came in late May. She said then that her legal team had been in contact with the Justice Department but that “we do not have an interview scheduled.”

The meeting comes in the midst of a controversy involving another meeting — this one a secret conclave between Attorney General Loretta Lynch and former President Bill Clinton. The pair met on Lynch’s airplane on the tarmac of Phoenix’s Sky Harbor International Airport on Monday.

Lynch claimed that Clinton initiated the meeting and that the pair talked for around a half hour. She has claimed that they discussed Clinton’s grandchildren, their travels, and former Attorney General Janet Reno, who served in Clinton’s administration.

She disclosed the meeting only after reporters asked her about it on Wednesday.

On Friday, Lynch expressed regret about meeting with Clinton[3] but declined calls to recuse herself from the investigation. She said she will accept recommendations handed down by FBI officials and Justice Department attorneys.

“I certainly wouldn’t do it again because I think it has cast a shadow over how this case will be perceived,” Lynch said at an Aspen Ideas Festival event.

“Believe me, I completely get that question. I think it’s the question of the day,” she added.

She said she will be briefed on the investigation by FBI and Justice Department officials and that “I fully expect to accept their recommendations.”

The fix is in, but countless groups are working to keep a light shined on this abhorrent corruption.

Hillary Clinton should in no way be considered for a job promotion; she should be in prison for her crimes.

Time will tell if there is any justice to be found in America.