Even Hillary supporters are being forced to admit that their candidate is one of the less likable people in this race. Their reason for her “declining personal image[1]” will make you roll your eyes. 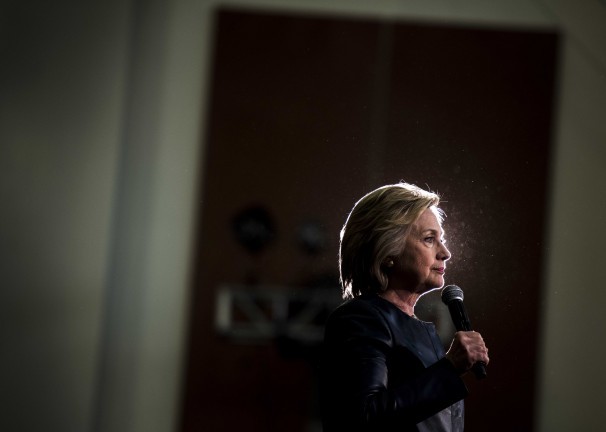 Hillary Clinton’s declining personal image, ongoing battle to break free of the challenge from Sen. Bernie Sanders and struggle to adapt to an anti-establishment mood among voters this year have become caution signs for her campaign and the focus of new efforts to fortify her position as she prepares for a bruising general election.

More than a dozen Clinton ­allies identified weaknesses in her candidacy that may erode her prospects of defeating Donald Trump, including poor showings with young women, untrustworthiness, unlikability and a lackluster style on the stump. Supporters also worry that she is a conventional candidate in an unconventional election in which voters clearly favor renegades.

“I bring it down to one thing and one thing only, and that is likability,” said Peter Hart, a Democratic pollster who has conducted a series of focus groups for the Annenberg Public Policy Center at the University of Pennsylvania.

To counter these challenges, Clinton is relying primarily on the prospect that her likely Republican opponent’s weaknesses are even greater. But advisers also are working to soften her stiff public image by highlighting her compassion and to combat perceptions about trustworthiness and authenticity by playing up her problem-solving abilities.

None of these Democrats said they expected Clinton to lose — but many said she could. For the most part, it is her qualities as a candidate that keep her allies up at night, not her fitness to be president, which they categorically do not question. They also lament how exposed these flaws have become during a long primary contest against Sanders, who has profited from suspicion and dislike of Clinton among ranks she now must win over.

Although Clinton has never trailed Sanders in the delegate count and is all but assured of securing the nomination in June, she is widely expected to lose more Democratic primaries this month, which could amplify her weaknesses.