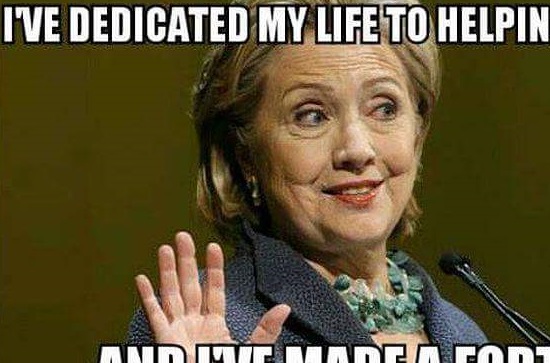 What a jerk. Also… a cheat, a snake, a killer and totally not fit for President of the United States. But..you knew that.

I believe it was Harry S. Truman who said: You can’t get rich in politics unless you’re a crook. Hillary’s net worth? Over 31 million… 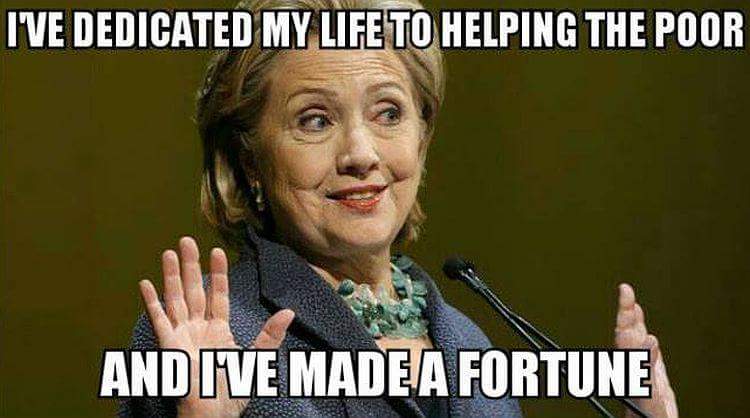 ‘Lock Her Up’ Is Right…And Why Is That? Hillary Has A LOT To Answer For…

Hillary has succeeded at nothing her entire career…except getting away with crimes that would see her in prison for her entire life, had we a just and righteous system. An unsecured private server, the Clinton foundation of dirty money, Benghazi, ect…locker her up, indeed.

– Hillary isn’t the only one let off easily…

This administration has done nothing but pardon it’s corrupt members and sympathizers. Julian Castro let off from violating the law. Eric Holder was held in contempt of congress, and he was let off. Lois Lerner targeted conservatives, and she was let off. Finally Hillary…she has made the most egregious crimes, and she is the nominee for President…

Much to the last points obvious circumventing of the law, liberals and democrats like Hillary are constantly crying out to prosecute Republicans…does blaming Bush for EVERYTHING sound familiar? Even when the house was controlled by Harry Reid and his goons, it was the evil Republicans stopping them from getting anything done.

– The Media…The Democrats Chief of Propaganda

Does this need any explanation? Look to the last, I don’t know, 60 years for a billion examples.

Hillary Clinton can do no wrong to the media. She got off scott free for holding a private server and having her lawyers erase evidence, and the media is lukewarm AT BEST…But if Melania reads a speech that has plagiarism, the media goes nuts!