Hillary’s Top VP Pick Is REVEALED – This Is NOT Good…

Of course, Hillary’s top pick for VP is in hot water for violating a federal law. Birds of one feather flock together, right? He’s also a huge advocate for ‘open borders’[1] …. 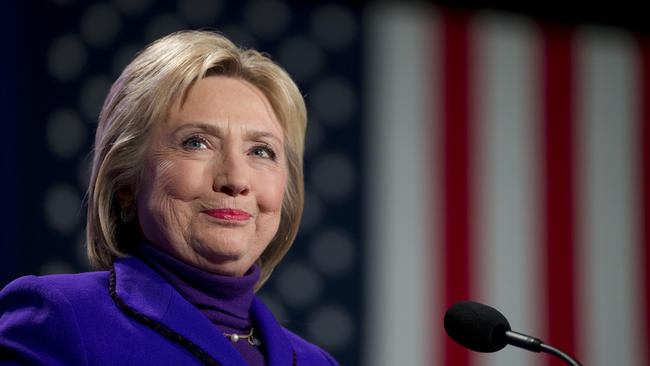 Julian Castro, the former mayor of San Antonio, Texas who is now the HUD Secretary, is at the top of Hillary Clinton’s list for potential running mate, according to various sources.

According to FOX NEWS:
The seven-page report by the U.S. Office of Special Counsel concluded Castro violated the Hatch Act, which bars most Executive Branch officials from expressing their political views while on official business. According to the report, he crossed the line during an April 4 interview that mostly was about HUD’s plans to increase Internet access to children and other agency-related issues.

Castro, though, responded to a question during the Yahoo News interview about Clinton’s presidential bid.

“Taking off my HUD hat for a second and speaking individually,” Castro said, while going on to call Clinton the most experienced 2016 candidate and criticizing Republicans. BuzzFeed News first reported on the OSC findings.

“Castro’s statements during the interview impermissibly mixed his personal political views with official agency business, despite his efforts to clarify that some answers were being given in his personal capacity,” states the OSC report, which will now be referred to President Obama, who will decide on what if any action to take.

Castro, in response to the report findings, said he thought during the interview that he avoided violating the act but agreed with the OSC findings.

I don’t care who Hillary picks for her running mate, it could be Beyonce for all I care. She just better not get to the White House. Regardless of who she picks, if she wins, we are ruined anyway. She’s awful…