His Parents Found Out He Disrespected His Teacher And DO THIS To Teach Him Some Manners!

In light of a Police Officer being TERMINATED[1] for dishing out a consequence to a student defiantly disrespecting authority in class, another video surfaced showing what a classroom looks like when kids AREN’T given consequences to their actions…and it was HORRIBLE! But…HERE…you’ll see what it looks like when PARENTS DO THEIR JOB! This child may never disrespect HIS teacher again… 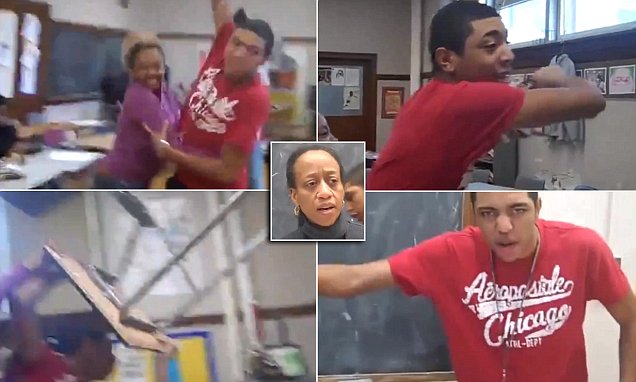 [2]
Remember this guy? His video surfaced last week showing EXACTLY what a classroom looks like without respect. The child in the video below…will not be following in this guys footsteps anytime soon.

Sometimes kids are going to get out of line, and you have to work with them harder on developing and showing respect to authority figures.

When a child is unruly, it not only reflects poorly on them, but on their parents as well. So when a child disrespects a teacher – it’s embarrassing. This mother decided she had enough and that her son would never disrespect his teacher again.

This young man will definitely think twice before he disrespects his teacher next time. Ouch!

THIS is parenting! Teaching your children there are consequences to their actions is not abuse, it’s love. If they don’t learn while they are young from the parents who love them, they will learn when they are adults and end up paying adult consequences…jail time, strike 1, 2 and 3. Game Over.