HIV-Postitive Sex Offender ‘Raped a Teen and Two year old, Infecting Them Both’

There is a special place in hell for rapists, but there is an even narrower circle for those who rape children, knowing that they’re infected with incurable STDs. David R. Wilson, 33, raped and infected a 14 year old and a 2 year old,[1] forcing the toddler to need reconstructive surgery on her genitals. 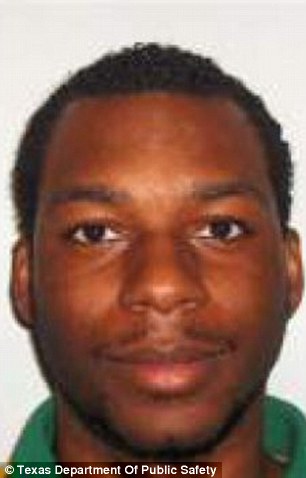 According to The Daily Mail:[3]

A registered sex offender is charged with sexual assault and super-aggravated sexual assault of a child after raping a teen and a toddler, infecting them both with HIV, police say.

The enhanced charge of super-aggravated sexual assault of a child is due to the age of the younger victim, who was just 23 months old at the time of the alleged abuse.

Police began investigating Wilson in November 2013 after the toddler was taken to the hospital with STDs.

Doctors had to perform reconstructive surgery on the toddler’s genitals and hospital officials told police that it was clear that the toddler had to have been sexually abused, as evidenced by the presence of the STDs, according to the Chronicle.

Authorities say that the toddler was sent to live with relatives as her parents live out of state and are said to have drug problems.

Click2Houston reports that investigators tested four people who lived with the baby, including Wilson, and he was the only one to test positive for HIV. He also reportedly told investigators that he had been treated in the past for chlamydia, the Chronicle reports.

These two young victims are going to have to live with the crime and its repercussions for the rest of their lives. Nothing in the world, short of a cure, could make this situation better. However, a life sentence (or death sentence) would come close.