Feminists and other social justice warriors are famous for finding the most innocuous things “triggering”[1] but what they’re targeting now is just absurd. Of all of the things in the world to complain about, it’s possible that clapping might be the MOST ridiculous. For the sake of fairness, however, we’re going to let you decide for yourself. 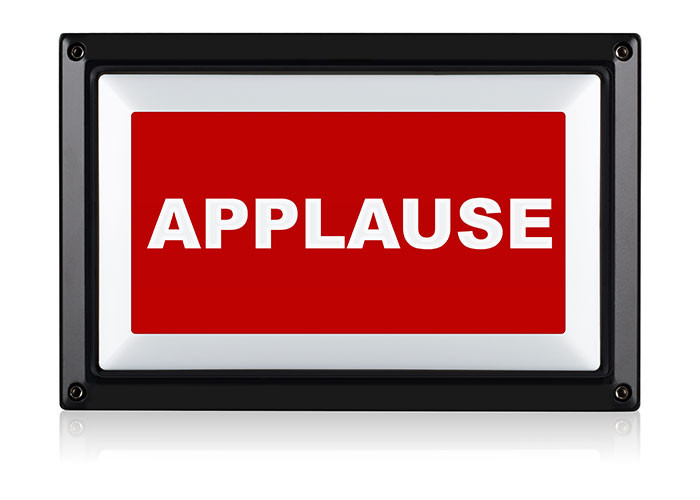 Activists attending a feminist conference in England have been instructed not to clap their hands at the event because clapping can trigger “anxiety attacks” in some participants. The recommended solution is use “jazz hands” instead.

The National Union of Students (NUS) Women’s Campaign announced the clapping “ban” at the West Midlands conference on Tuesday shortly after receiving a request from the Oxford University Women’s Campaign to end the practice.

Within minutes of posting a Tweet to that effect, NUS tweeted back: “Some delegates are requesting that we move to jazz hands rather than clapping, as it’s triggering anxiety. Please be mindful! #nuswomen15.”

Some mocked the tweet exchange arguing that deferring to “jazz hands” rather than clapping is an example of political correctness run amok. Some conference delegates told correspondents with the British Broadcasting System (BBC) Newsbeat program that “jazz hands” are “a nice way to show solidarity.”

“Jazz hands are used throughout NUS in place of clapping as a way to show appreciation of someone’s point without interrupting or causing disturbance, as it can create anxiety.”

“I’m relatively new to this and it did feel odd at first, but once you’ve used jazz hands a couple of times it becomes a genuinely nice way to show solidarity with a point and it do add to creating a more inclusive atmosphere.”

The politically correct drumbeat among conference organizers continued with a similar missive against “whooping”. “Whooping is fun for some, but can be super inaccessible for others, so please try not to whoop!”

Okay, now that you’ve read that, I want you to consider MY solution to this not-problem: You are a person who knows that you’re “triggered” by clapping. Instead of imposing a ridiculous new method of showing your appreciation on the 99.999999999% of people who AREN’T crybabies, you decide to avoid attending events that may include clapping, like plays, concerts, self-help seminars, etc. Doesn’t that sound better?