California’s conclusion to legalize weed in last year’s ballot apparently left some LA pranksters[1] in a daring mood over New Year’s Eve, as the Hollywood sign was altered to read ‘HOLLYWEED’. 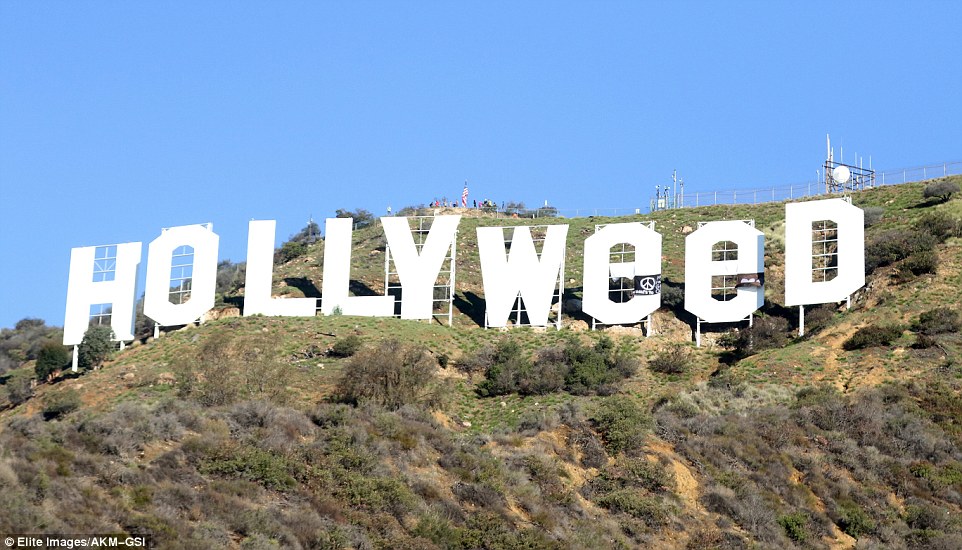 Social media in the area was on fire as locals shared photos of the adjusted sign with the tag #Hollyweed. But the alteration might have more to it than just a mere joke – it echoes a near-identical alteration made exactly 41 years ago by a certain area legend and art student named Danny Finegood.

On January 1, 1976, Cal State Northridge student Danny Finegood bought some curtains worth around $50 to make the selfsame amendment to the sign. The ‘environmental sculpture’, as it’s referred to, was created the same year that California relaxed its marijuana laws and it earned him an A grade, according to The Cannabist[3]. 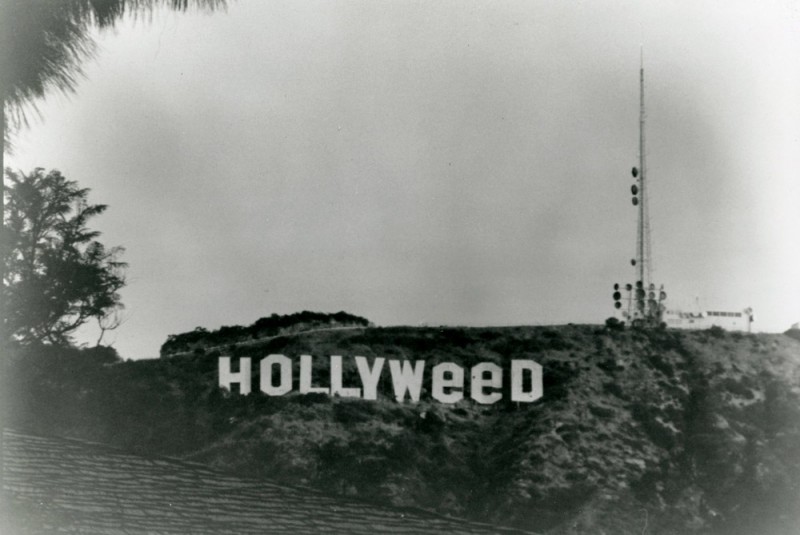 The team also changed up the sign to ‘Holywood’ for Easter 1976; to Ollywood in some kind of protest against Marine Lt. Col. Oliver North amid the Iran-Contra hearings in 1987; and to the oh-so-original ‘Oil War’ during the Persian Gulf War of 1990. Feingood and his buddies defended his work against allegations that it was vandalism in a letter to The Times in 1983.

In the letter they wrote:

‘We broke no laws and did no damage to the sign. An artist’s role throughout history has been to create representations of the culture he exists in. By hanging four relatively small pieces of fabric on the landmark, we were able to change people’s perception of the Hollywood Sign.’

Finegood passed away from multiple myeloma in January 2007 at age 52. Though this copycat alteration appears to definitely be inspired by his work, folks still haven’t found any connection to the original

A spokesperson for the LAPD said that it was a ‘lone wolf’ type of suspect that was caught on surveillance footage scaling the mountain with a colored tarp at around 3 am. He then shuffled up the scaffolding at the back of the letters and draped the tarp over the letters to alter them.

The figure – who was dressed all in black – is then seen jumping down and running off down mountain.