HOLY! Look What THIS Woman-Beating Celebrity Just Told Blacks To Do At TRUMP RALLIES!

Just like the rest of the leftist, violent mob, Hollywood leftists love to egg on violence, so long as it is at the expense of conservatives of course. 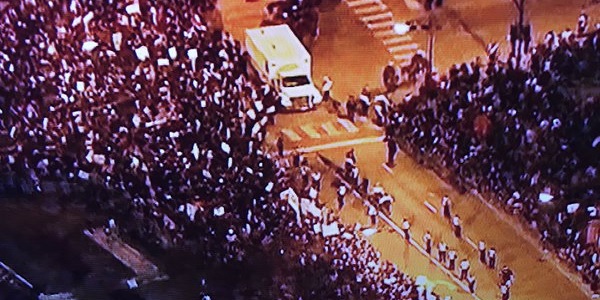 In response to one alleged incident involving a black protester sucker-punched by a 78-year-old (white) Trump rallier, R&B singer Chris Brown has issued a call to arms of sorts to black people. In a tirade on Instagram, Brown called on blacks to start attending Donald Trump rallies in large groups in order to fend off possibly violent supporters.

“Man, this s— is getting crazy,” the 26-year-old said in an angry Instagram video, the New York Daily News reported. “Black people getting assaulted at f—ing rallies where you’re supposed to talk at.”

“What you need to start doing — all these black people, go together 40, 50 deep. See what they do then,” he added. “Keep touching us, motherf—.”

Mr. Brown also included an expletive-filled caption claiming “God will have his revenge.”

For the record, Trump supporters simply showed up to the Chicago Trump rally and were peaceful as they just wanted to see the Donald.

Then, organized violent leftists showed up and began ripping up Trump supporters’ signs, attacking police officers and firing off rounds of gun shots. Of course, now the media wants to blame Trump for all of this when in fact, it is the Left that allows this kind of violence within their own groups.

The Left is a mob. Never forget that.