Home Invaders Pistol Whip And Threaten His Mom’s Life, THEN He Remembers Where Dad’s Rifle Is…

One Atlanta man managed to grab his father’s rifle when two men attacked him [1]and his mother during an armed intrusion into his home last week. What happened next was NOT something the man would have ever imagined… 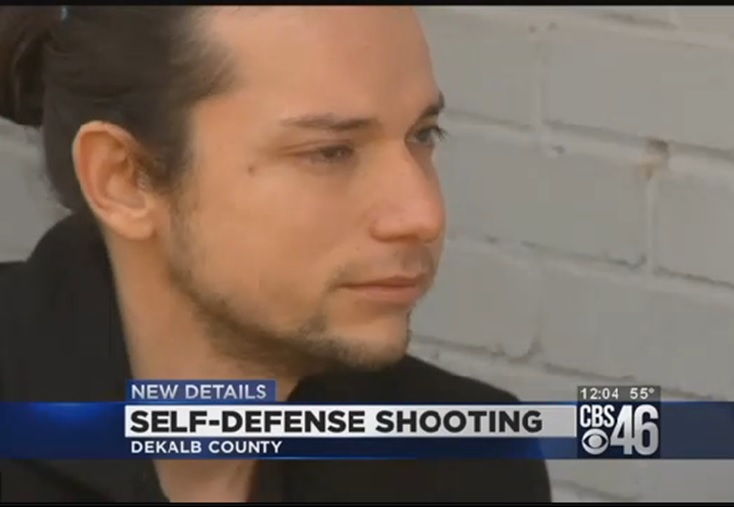 The attack left his face badly bruised and swollen and landed his mother in the hospital with a heart attack.

Timo Hernandez, 28, shot and killed the two suspects who broke into his home outside Atlanta Jan. 13 while his mother was visiting him from Nashville, according to Guns.com. The two had just sat down at around 5 p.m. to eat the chili dinner Hernandez’s mother had prepared for him when they heard a knock at the door.

“When I opened the door, these two guys stormed in with guns and started pistol-whipping me and took me to the ground,” Hernandez told WTVM-TV.
One intruder then began to go after Hernandez’s mother.

“He started pistol whipping and kicking her in the side,” Hernandez said.

The two men began demanding money from Hernandez and his mother, and one of them forced Hernandez into a guest bedroom at gunpoint before throwing him to the ground. That is when Hernandez began “fighting back,” according to WTVM. Remembering that his father’s old hunting rifle just happened to be stored in the guest room, a scuffle ensued during which Hernandez managed to grab the gun and begin firing shots at the intruders, striking both of them.

The two wounded men took flight before one died in Hernandez’s neighbor’s yard. The other intruder managed to flee in a car before collapsing in a Zaxby’s restaurant’s parking lot. He died of his injuries Thursday in a nearby hospital, WTVM reported.

“I feel like if I hadn’t had the gun in there, this whole news story would be about me and my mother being dead in this house,” Hernandez told WTVM. “I never want to hurt anybody like that, but they put me in a situation, and I only reacted to it. It sucks that a man lost his life yesterday, but I had to protect my family.”

What if it was unlawful to have a gun? The story would have been different for Timo. These criminals would still have had guns because laws aren’t for criminals… Timo and his mom would have been wholly unprotected and most likely dead. Thanks to God for keeping our Second Amendment intact!