They picked the wrong guy to gang up on and mess with. He pulled a Mike Tyson number on them. 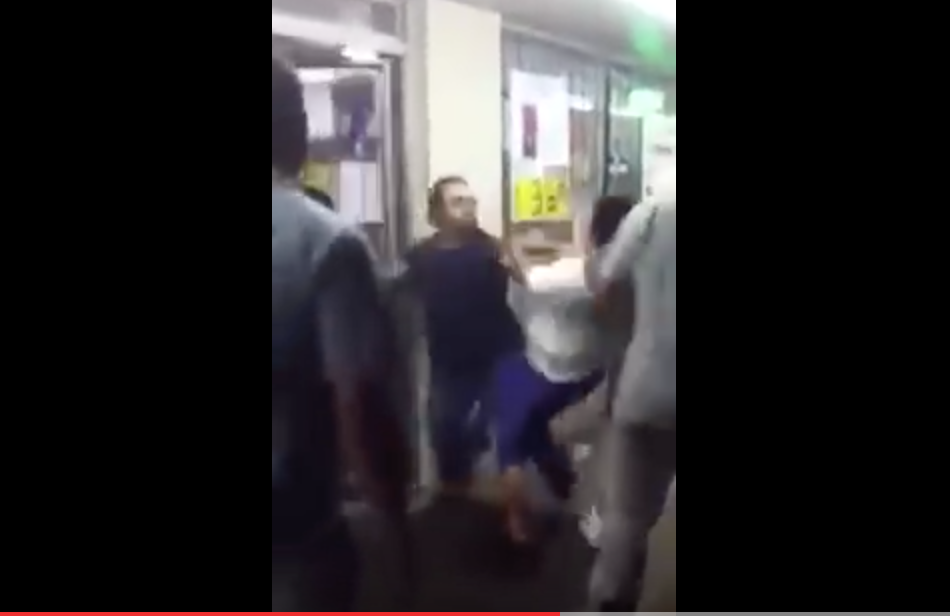 Dang! He cleared them out with a quickness! If they didn’t drop like a slapped fly, they RAN!

It looked like one of their moms joined in on the ruckus too!? HAH!

I don’t know who started the fight, but we all know who finished it.