HORRID Footage Of Female Teacher Being TORMENTED By Male Student Who THREATENS To Harm Her, While Others Standby Laughing

Frightening footage has emerged of a group of American high school students subjecting a despondent teacher to a barrage of abuse and intimidation inside the classroom[1]. This of course is not what you will find EXPLODING all over Mainstream media…because it is the RESULT of a classroom with no consequences or inkling of respect. They don’t want the truth coming out now do they…. 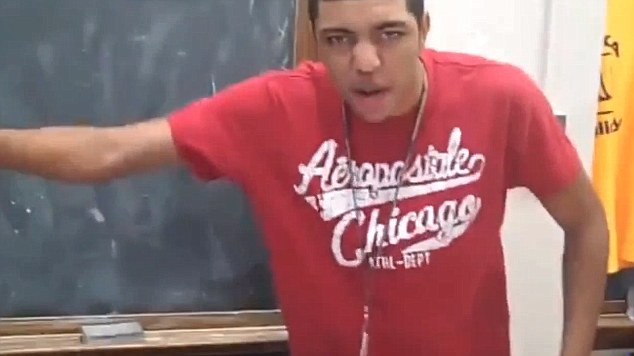 In the short clip, an out-of-control student can been seen throwing things at her, telling her to ‘sit your a** down’ and threatening her with a chair.

While he continues to provoke the teacher, others in the room laugh and encourage him.

Having lost control of the classroom, the teacher can do little to stop them – but remains calm in the face of their terrifying behavior.

Footage was filmed on a cellphone by one of the students at Chicago Vocational Career Academy in 2011. 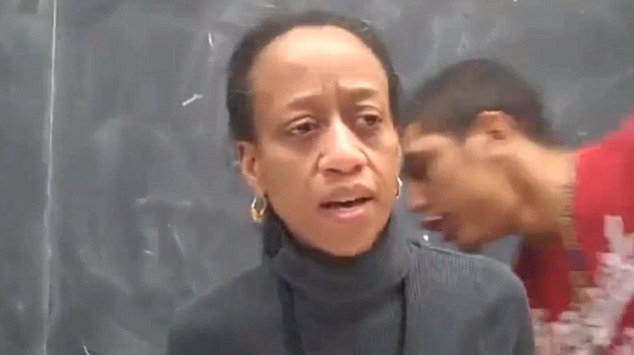 The video shows one student repeatedly trying to make his way towards the teacher, who is sitting at her desk, as his friends hold him back.

He can be heard saying: ‘What I say something I mean it. Now ask me what my name is again.’

Seconds later, he picks up a chair and desk and holds it above her head in a threatening manner – before later joking he is going to ‘smack her a** with a whole bag of M&Ms’.

Although little effort is made to stop the student, she does offer some calm protestations.

When he throws several unknown objects towards her, she asks him to get rid of ‘whatever you’re throwing’.

At one stage, she also turns to the student filming the incident, stating: ‘Young lady I’m going to have to ask you to have a seat.’

THIS is what is created when there is no discipline or respect being taught to kids…THIS is the result of raising a generation of ENTITLED children… you just end up with PUNKS (which by definition means: a worthless person) populating the world and acting as if everything is owed to them…and they need not do ANYTHING to deserve it. Liberal media wants to condemn a Police Officer for delivering the consequence of misconduct, yet chooses to ignore the CRUEL actions of a student that is the direct result of never experiencing consequences to their actions. We are not helping kids by allowing them to be disrespectful, we are damaging their ability to progress later on in life when the consequence of acting a fool as an adult, could very likely mean, life in prison…or worse, no life at all.