HORRIFIC: ISIS Hurls Man Off Building After Being Accused of Being Gay

ISIS is a group of savages. These monsters hold zero regard for human life and are zealots. Still, the Obama Administration simply refuses to commit fully to eradicating these monsters. The Obama Administration seemingly finds it no big deal that ISIS is murdering Christians at an alarming rate. Maybe now that they’re chucking alleged homosexuals off of buildings[1], they will get off the sidelines. 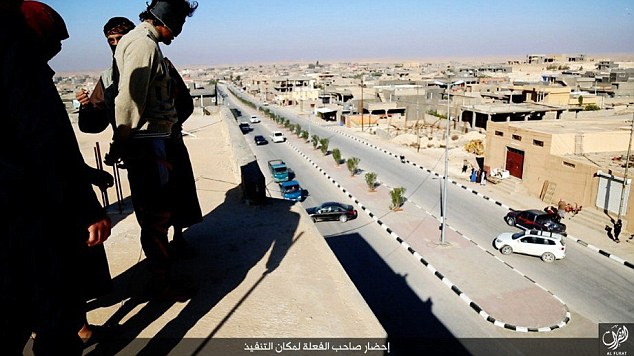 ISIS[3] have murdered a man by throwing him off the top of a high roof in Iraq after he was accused of being homosexual.

Photographs have emerged from the scene of the horrific act which the jihadi group claim took place in al-Furat province.

ISIS claimed the victim was arrested and subjected to a mock trial at an Islamic court before his execution.

The victim, who has not been identified, is shown being led up a set of stairs towards the roof of a tall building.

Blindfolded and hands bound, the prisoner is made to stand on the edge of the roof while several guards watch on.

On the ground, a large crowd of civilians and fighters can be seen waiting for the horrific punishment to be carried out. The victims is shown being pushed off the building to his death.

Homosexuality is consider un-Islamic and unacceptable in ISIS’s eyes, who claim they are implementing the true meaning of Shariah law.

The group have become well known for their appalling human rights, frequently carrying out public executions for apostasy and floggings for drinking alcohol.

Since US airstrikes began on 30 September 2015, the jihadi group has tightened up its security, paranoid that information on positions and tactics may be leaked.

Featured in the video, a jihadi fighter criticises the British government and threatens the West before shooting the prisoners.

The left loves to talk about gay rights. So, let’s talk about it. The real war on homosexuals is not coming from the GOP. Heck, it’s not even coming from bakers refusing to bake wedding cakes for homosexuals. It’s coming from the Middle East where adherents to the “religion of peace” are murdering alleged homosexuals and the left is deafeningly silent on the issue, focusing instead on manufactured slights. 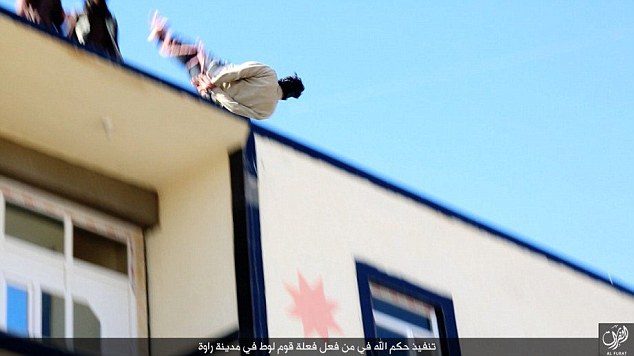 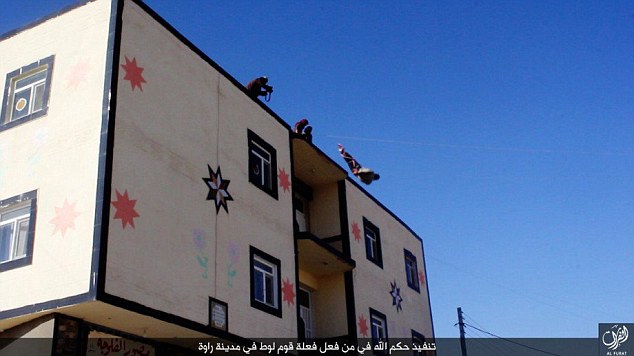 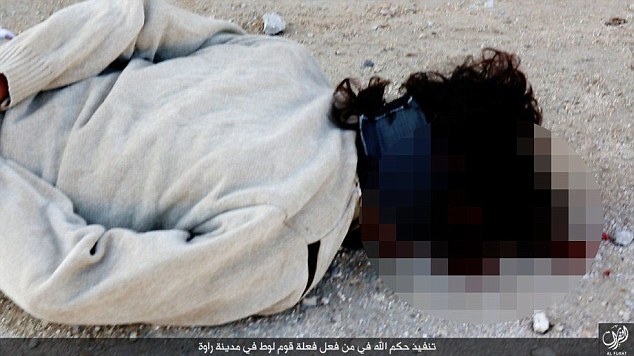