Horrified Dad Walks In On His Teenage Friend Shocked To See Him Pulling Up His Pants. Then He Sees Who Is…

Most people think that they are good judges of character. No one imagines that someone they have allowed to come into their lives will turn out to be pure evil… but it happens, more often than we would like to think. For this dad, he saw that evil firsthand when he walked in on the worst sight a parent can see[1]. 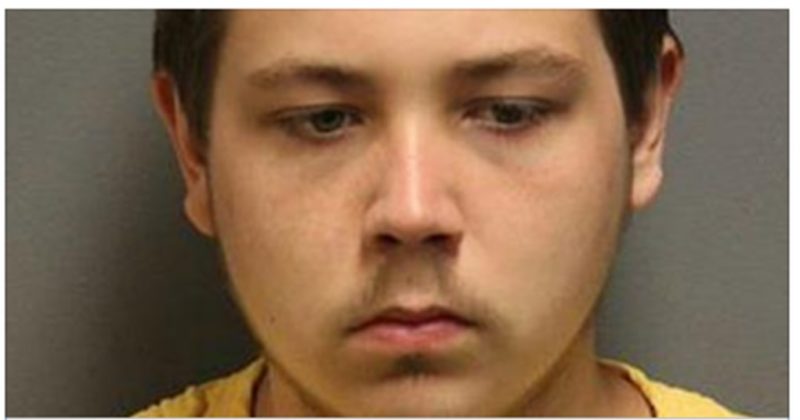 A Pennsylvania man walked into a room and found 19 year-old Sebastian Wardingo there. He was pulling up his pants and the man then saw something even worse: his six year-old son, laying on the bed with his pants down.

When police arrived at the home, they found the two men fighting. Wardingo then admitted to police what had happened: he had raped the little boy. He has since been charged with rape of a child, involuntary deviant sexual intercourse and other charges, and is being held in the Luzerne County jail.

People were horrified to read the story of such a brutal crime against an innocent child and weighed in on Facebook. “My heart breaks in pieces every time I read this kind of horrible things he’s only 6 for God sake now the torment he’s will have not understanding why he did that,” one person wrote. “I pray that God will protect my child at all time a fear that I will have. Because I know I don’t ask first if something like that were to happen he wouldnt have seen jail. I would’ve tortured him and then call 911.”

Another woman, a mother, wrote about how she would react if it had been her child in that situation.

“I honestly don’t know how I would stop myself from losing it. Just picturing that image in my head…. I just can’t,” she said. “I’m afraid instead of calling the police to arrest him, they’d be calling the coroner. Nothing will stop me from protecting my children. Even if I have to give my own life fighting to protect theirs.”

How would you react if this happened to your child?