Just weeks after “60 Minutes Australia”[1] was attacked while filming in a migrant-heavy district in Sweden, they have finally aired the footage of the attack. It is not pretty. 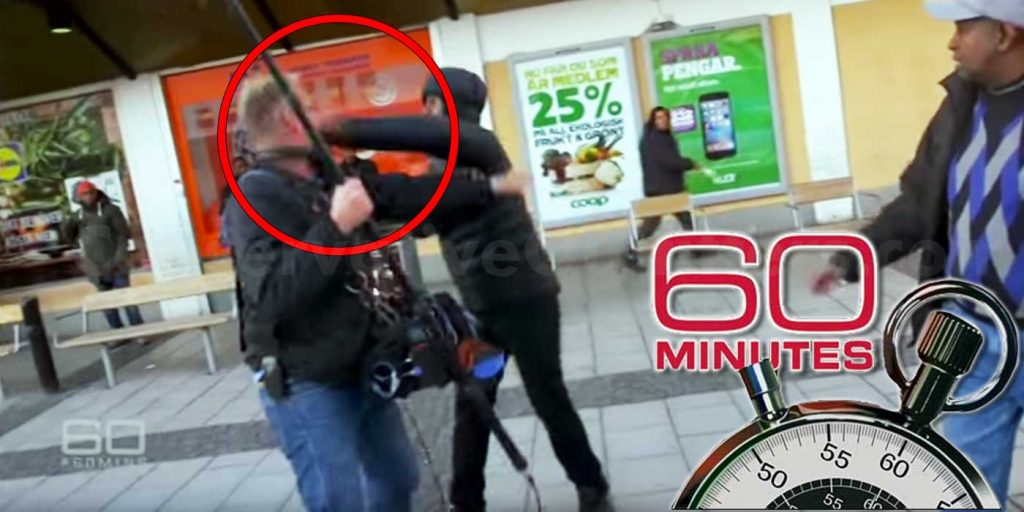 Once the crew entered a local market, they were met with friendly people who agreed to go on camera. But once the police left the location, the migrants became increasingly hostile and unfriendly. That’s when a gang of masked men began to attack the group.

The attack began as one of the masked men launched a stone at the cameraman. That same man then attempted to kick and punch the crew’s boom operator. Then a second man is seen running in, attempting to steal a camera from a still photographer. The confrontation only ends when another migrant intervened by running his mobility scooter into the aggressor.

Following last year’s mass exodus of migrants from the Middle East to Europe, many countries were hard hit with migrant violence, but Sweden has been especially hard hit after the country accepted more than 100,000 migrants in 2015. According to a news report from February, the country is quickly learning that the migrants are not assimilating well, citing more than 20 “no-go” areas in Stockholm alone.

I have compassion for the those that mean no harm and are really trying to make their way grateful for what has been given to them. It is frustrating to no end, that the bad seeds have to ruin it for everyone. These attackers need a lesson in manners…and not a polite one.