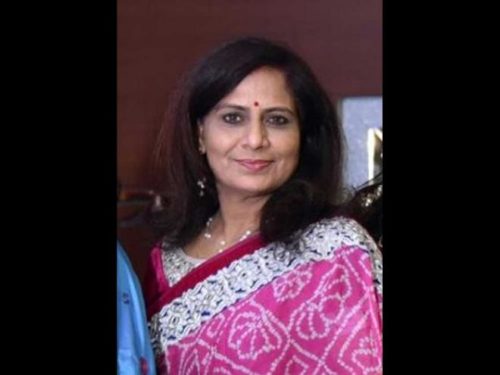 A television[2] host has died after being crushed by a falling coconut palm tree. Kanchan Nath, who was employed by the government owned Doordarshan channel, was set to host the Rangmanch Ke Sitare music awards in the upcoming month. Now her colleagues are expressing their grief and honoring her memory by postponing the awards.

The tree was one that had been the subject of a petition drive to have it cut down. It was considered by residents of Mumbai, India, to be an imminent danger. Many had signed the petition, including the victim and her grieving husband, Rajat Nath. But the government refused to allow it to be cut, saying they had inspected it and found it in good health.

Mr. Nath blames the Brihanmumbai Municipal Corporation (BMC), for this devastating accident that never would have happened if the tree had been cut down. He said,”This incident happened because the BMC did not allow the society to cut the tree, despite being informed that it could fall any time.”

Mrs. Nath was returning from a yoga class when the tree fell on her. She suffered multiple injuries including to her brain and skull. She was helped by bystanders and taken as quickly as possible to the Intensive Care Unit of Sushrut Hospital. But it was too late and she later passed away from her injuries.

A bystander, Arjun Singh, who ran to help when he heard the crash, said: “There was a lot of shouting and calling for help and a went over and saw the woman on the ground. I didn’t know at the time it was Kanchan until after somebody said later. It’s a shock that could happen, it could have been anybody who was in the wrong place at that time.”

This is tragic and totally preventable. Now a family is missing a loved one because government officials would not listen to the concerns of residents. Let’s hope Mrs. Nash’s death will be the catalyst for better safety precautions in the future.