A town of fewer than 50K people is looking at a serious divide after a story emerged of several Muslim boys[1] allegedly sexually assaulting a 5 year-old girl. The local media and authorities have not released any information on the matter, as everyone involved is under the age of 18. 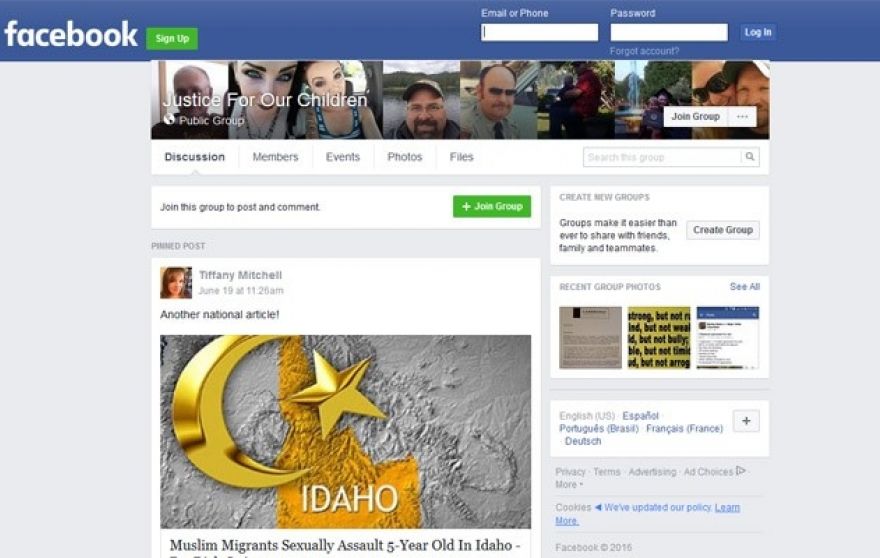 An alleged sexual assault on a five-year-old special needs girl has put a small Idaho city at the center of the debate over the Obama administration’s move to take in hundreds of thousands of refugees.

Much of what occurred in the June 2 incident is unclear, clouded by emotion and rumor and sealed from public record due to the suspects’ ages. At a raucous public meeting Monday, dozens of residents of the city of 44,000 voiced their concerns after word had spread that young Syrian refugees had gang-raped a little girl at knifepoint, defiling her in unspeakable ways.

Some of what they had heard was true, some was not and still more remains unconfirmed speculation. But authorities believe something terrible occurred. Two young boys were arrested Friday and remain in custody.

“This is a serious crime and we are handling it the way we handle all such crimes,” Twin Falls County Prosecutor Grant Loebs told FoxNews.com. “We’re still in the fairly early stages of investigating this.”

Despite the hot-button issue of refugee resettlement, the story has gained little traction with the national media, and Internet fact-check site Snopes.com has labeled the information circulating on the web as “mostly false.” According to Loebs, the three assailants, ages 7, 10 and 14, are not Syrian, but may be refugees. The girl was not raped, but is believed to have been sexually assaulted, he said.

The day after the arrests, local residents formed the Facebook community “Justice for Our Children[3]” in support of the young victim and her family that has more than 9,000 members. A petition[4] was circulated, attracting more than 2,500 signatures in less than three days.

Many people in this community are in awe, and outraged that no consequences are being served to these boys nor their parents for this vile incident,” reads the petition letter dated Jun 18. “We feel there is an incredible lack of justice being served. We are not targeting due to racism. We are targeting these individuals because of their horrific acts. No one should go without consequences for actions like these no matter the age or language barrier.”

Davis Odell, a community resident who has been in close contact with the victim’s family said the boys dragged the unnamed girl into a utility room in the Fawnbrook Apartments, a low-income, subsidized housing complex in Twin Falls, and assaulted her in an attack that ended when a neighbor happened upon the scene and called police.

This is a small farm town that would never see this kind of crime if the local college wasn’t so adamant about bringing every single refugee in the world there with no hard-core vetting process.