Hours After the ACM Awards, Carrie Underwood Reveals THIS

People are talking and they are saying that Carrie Underwood is changing the world of country music for good! You are going to love this![1] 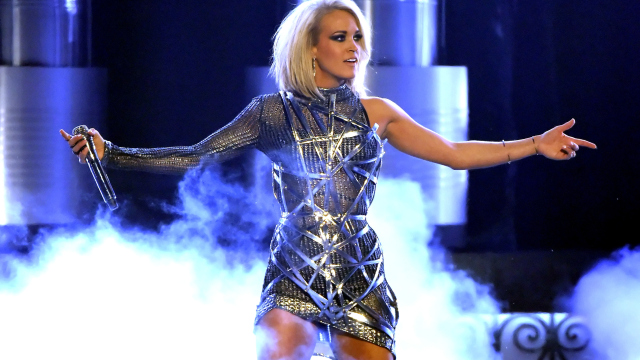 But what Carrie did on stage during her live performance at the 51st Annual Academy of Country Music Awards left everyone SPEECHLESS!

Carrie’s powerhouse performance of “Church Bells”, the newest single from her 5th album, got even MORE explosive when the singer surprised everyone with a legendary drum solo! Critics even called it “one of the most thunderous performances of her career.” And that’s not all…

“People are strongest when they’re pushed to their limits.” – Carrie Underwood

Carrie solidified her reign as the reigning Queen of Country Music when she delivered the unforgettable drum solo during her performance of “Church Bells” at the 51st Annual Academy of Country Music Awards- and now music critics can’t stop praising how talented she is!

“Underwood proved a multi-instrumentalist during this performance, at one point grabbing sticks and cranking out her own drum solo that was like Dave Grohl meets Blue Man Group.” – Rolling Stone.

When I heard the story behind Carrie’s “Church Bells”, I was blown away by the performance even more. The song’s lyrics tell the story an abused housewife who finally defends herself and ends the toxic cycle in the most shocking way.

“I love songs about strong women,” Carrie said of the song. “I love being sucked into that story — rooting for the woman and seeing that she does something powerful that she never thought she could do.”

Good luck to you Carrie!