How Carly Fiorina Told Jimmy Fallon She Met Vladimir Putin In A Green Room! (After Hammering Trump For Same Thing)

Carly Fiorina had a lightening moment in last night’s debate when she mocked Donald Trump’s[1] pronouncement that he knows Russian President Vladimir Putin ‘very well’ because they were once on the same television show and chatted in the green room. But then…recently on Jimmy Fallon, she admitted THIS?

‘I have met him as well, not in a green room for a show, but in a private meeting,’ she snarkily asserted during a discussion on the fight against ISIS in Syria.

Several reports today indicate that she was playing loosey-goosey with the facts, last night, however.

In September, she told Jimmy Fallon, ‘We were in sort of a green room setting – each of us were giving a speech at a major economic conference.’ 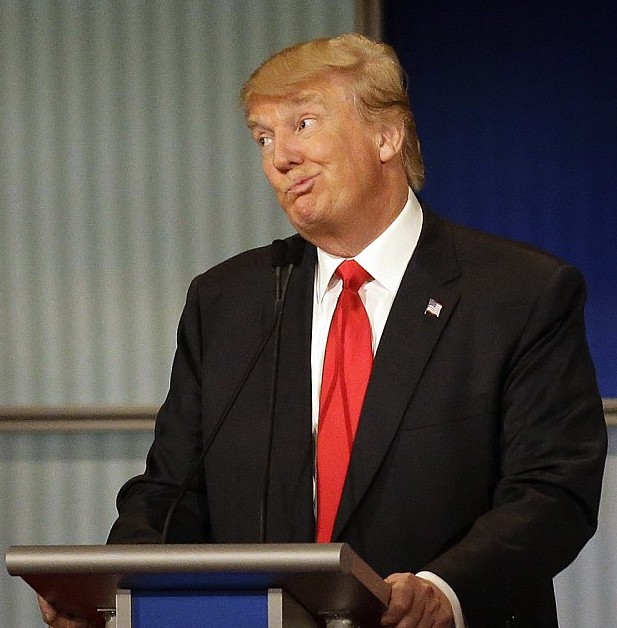 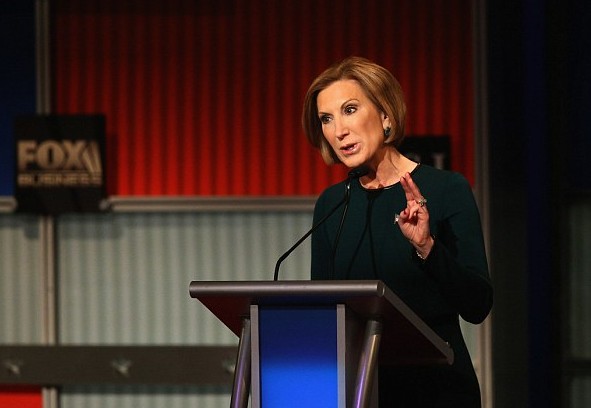 The former Hewlett-Packard executive did talk to Putin privately for 45 minutes while they were waiting to give their remarks at the APEC CEO Summit in 2001, her campaign told NBC News.
Fiorina’s campaign said the green room comparison is apples and oranges.

She told NBC, ‘This was a scheduled meeting in a green room, not bumping into someone before a show. ‘

Trump and Putin spoke behind the scenes of a 60 Minutes taping in September when they both appeared on the program.

Fiorina enjoyed a bump in the polls after a debate in September when she gave a stirring defense of a legislative plan to end federal funding for Planned Parenthood over its involvement in a fetal tissue research controversy.

She stated in the debate that a video showed, ‘a fully formed fetus on the table, its heart beating, its legs kicking, while someone says, “We have to keep it alive to harvest its brain.” ‘

Her account was called into dispute afterwards, as critics pointed out that the procedures she described were not part of a single video, but a clip and accompanying narration. 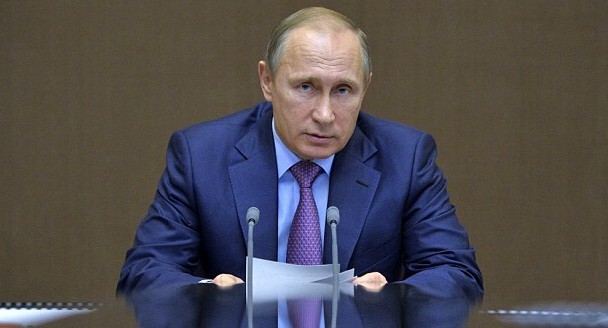 While not exclusively linked, the embellishment charges proceeded a crash in her high-flying poll numbers days later.

On Wednesday evening at the fourth GOP debate, she saw her shot to separate herself from the pack again during a foreign policy discussion, and she she blasted Trump.

While other Republican candidates took turns bashing Putin like a pinata and said Russia should keep its military out of Syria,

reiterated his approval of the Kremlin’s involvement in the fight against ISIS as he eagerly reminded the Milwaukee, Wisconsin, of his green room encounter with Putin.

‘I got to know him very well because we were both on 60 Minutes. We were stablemates, and we did very well that night. But, you know that,’ he said before declaring that ‘if Putin wants to go and knocked the hell out of ISIS, I am all for it, 100 per cent, and I can’t understand how anybody would be against it.’

Chiming in several minutes later, Fiorina took aim at the GOP front-runner and said, ‘You know, Mr. Trump fancies himself a very good negotiator. And, I accept that he’s done a lot of good deals, so, Mr. Trump ‘ought to know that we should not speak to people from a position of weakness.’

‘One of the reasons I’ve said that I would not be talking to Vladimir Putin right now, although I have met him as well, not in a green room for a show, but in a private meeting….is because we are speaking to him from a position of weakness brought on by this administration.’

Her statement was interrupted by laughter and applause from the debate’s live audience at the historic Milwaukee Theater leading her to repeat part of it before she pressed forward. 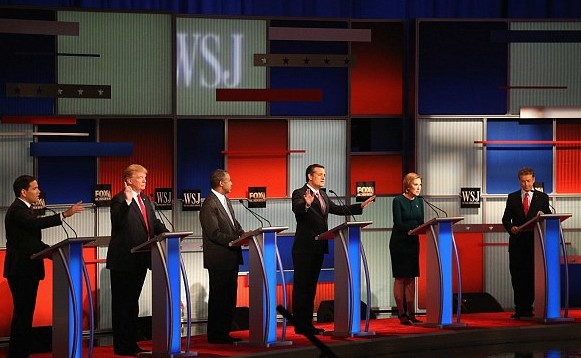 ‘I would conduct very aggressive military exercises in the Baltic States so that he understood we would protect our NATO allies, and I might also put in a few more thousand troops into Germany, not to start a war, but to make sure that Putin understand that the United States of America will stand with our allies.’

The bell signaling the end of her time rang moments later, but Fiorina did not stop. Rooted on by the audience, she continued to recite steps in her plan to project American military strength.

‘We also have a set of allies in the Arab Middle East that know that ISIS is their fight. They have asked us specifically over, and over again to support them. King Abdullah of Jordan, a man I’ve known for a very long time, has asked us for bombs and material, we have not provided it,’ she argued.

The Egyptians are asking for help from the U.S., too, Fiorina contended. They want the U.S. to share intelligence on ISIS. ‘We are not, I will,’ she promised.

‘The Kurds have asked us to arm them for three years, we are not, I would. The Egyptians, the Saudis, the Kuwaitis, the Bahrain’s, the Emirati, the Kurds, all of these.’

The bell rang again and Fiorina wrapped up her abridged foreign policy speech, earning more cheers from the crowd.

‘I know, by the way, understand ISIS is their fight, but they must see leadership support and resolve from the United States of America,’ she said. ‘We have the strongest military on the face of the planet, and everyone has to know it.’

I really hate when someone is caught in a lie…it really does so much damage to their image in my opinion.