How Did Jeb Bush Respond When Asked If He Would Repeal Obama’s Amnesty Order?

Some thought Jeb Bush would change his position on immigration reform[1], and more specifically illegal immigration, when it came to the Republican primary.  Jeb Bush on the other hand is doubling down… 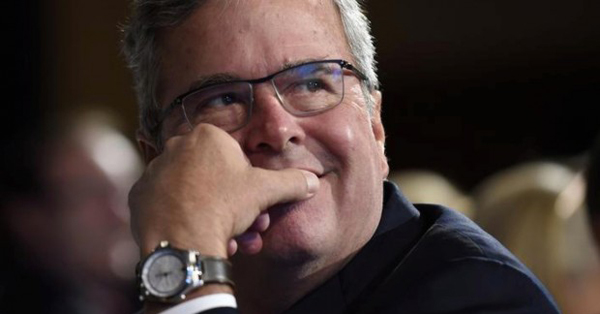 Bush said if elected president he would focus his efforts on “passing meaningful reform of immigration and make it part of it,” according to The New York Times. Bush also defended his move to give drivers licenses to those who entered the country illegally.

“If you’ve been here for an extended period of time, you have no nexus to the country of your parents,” Bush said, according to Bloomberg Politics.

“What what are we supposed to do? Marginalize these people forever?” he added.

I give him credit for sticking to what he believes in a primary where that isn’t always rewarded.  That said, this is near suicide for him.