How much is your net worth compared to other age brackets? 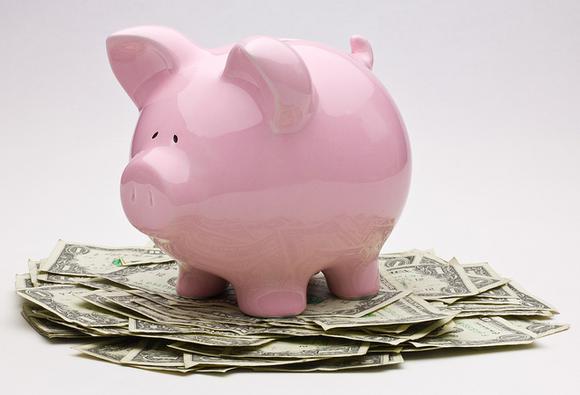 [1]The Motley Fool has put together a chart analyzing how much the different age brackets are worth, adding up their assets which includes their homes. Not surprisingly, net worth increases as the age brackets increase. But there is a drop off after age 69, where it takes a slight dip back down.[2]

What is net worth?
An individual’s net worth is a financial snapshot that offers insight into how much money a person would have leftover if they sold everything they own of value and paid off every debt that they owed.

For the plus side of the column, the Census Department totals up all assets, including equity in a home, savings, investments, and retirement accounts. They even include what equity, if any, people have in their car or truck — but they don’t include things like jewelry or pension plans.

Next, they add up all the secured debt, such as home and auto loans, and unsecured debt, including credit cards, that are owed.

Once assets and and debt is calculated, total debt is subtracted from total assets to come up with net worth. Then that information is broken out across various age groups ranging from people less than 35 years old to people 75 and older. Finally, because averages can be significantly influenced by both those with no assets and those with billionaire status, the median, which separates the top half from the bottom half, is used instead. 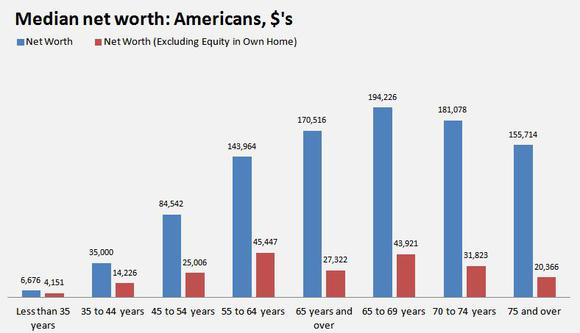 [3]Are American’s unprepared?
The typical American heading toward retirement may be in for an unwelcome surprise given that these numbers aren’t likely to provide enough income during retirement. Social Security is only supposed to provide a safety net in terms of retirement income, yet a large proportion of retirees rely on it as the major source of their income. They do so in large part because their savings and investment accounts are insufficient to support their monthly living expenses.

Generally, the rule of thumb is that retirees should plan on tapping retirement saving to the tune of 4% annually. However, following that advice means that if you’re retiring with a $100,000 retirement nest egg, you’ll only be taking out $4,000 per year. If you combine that income with Social Security income — the average retiree receives $1,333 per month — then you’re talking about less than $20,000 per year in income. That’s unlikely to be enough to live on.

The research confirms what we’ve been dreading all along: There won’t be enough Social Security for Generation X and Millennials to retire on. With more and more people on the government dole nowadays – 43% as Mitt Romney pointed out – there isn’t enough money left to go around anymore. Social Security has turned into a losing Ponzi scheme. Young people need to start making alternative investment plans now.