HUGE! Democrats In This State Just Broke From Their Party To Support Trump!

Stories like this make me nervous. I’m hesitant to get excited simply because there is no proof that these people will stay Republican in the long-term. It’s entirely possible that they will ONLY vote Republican for this election and then go back about their business as Democrats.

That being said, with Trump being behind in the polls, he needs all the help he can get right now, even from people who have never voted Republican in their lives. 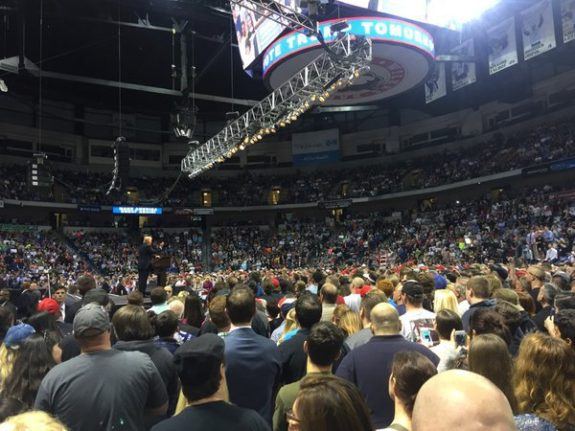 Speculation aside, it’s become very clear that Democrats in western Pennsylvania have had it with Democrats this year.

Energy company employee Angela LeJohn[2], 49, has announced that she is doing something that she’d never thought about in her entire life: voting Republican.

Yes, she says that the 2016 election is about “self-preservation.” When asked why she plans to vote for Donald Trump and incumbent U.S. Senator Pat Toomey, she said simply, “they have my back.”

She and around 60 other employees attended the voter-registration effort that was led by the non-partisan group Secure Energy for America. While the effort itself is unbiased, most of the workers who also believe that this election needs to be seen through the lens of self-preservation are siding with Angela, and voting Republican in November.

The Atlantic[3] had a very interesting assessment of the situation, that I happen to agree with.

The registration drive gets to the heart of the election in Western Pennsylvania. Democrats in these small communities want to hold on to their way of life; they feel their communities have as much value as those of their more-cosmopolitan Democratic cousins, and they cannot reconcile themselves to a national Democratic Party that they feel is working against them. They are the voters whose simple motivation to vote outside of the party they were born into has fallen under the radar of the national press and the polls.

These are old-school Democrats who aren’t being taken in by the progressive ideology of the left, but who also don’t agree with the Republican party enough to switch their voter status. Does this mean that they are now up-in-the-air voters, and are willing to go with whichever party they find represents them the best? Or are they still going to vote Democrat because they feel that the Republican party isn’t accepting of them and their ideas?

Do you know of any life-long Democrats voting for Trump, or are you one yourself? Let us know in the comments[4]!