Sonia Van Meter was chosen as one of 100 people to go on a possible trip to Mars. As the trip would be one way, her husband is opening up[1] about never seeing her again… 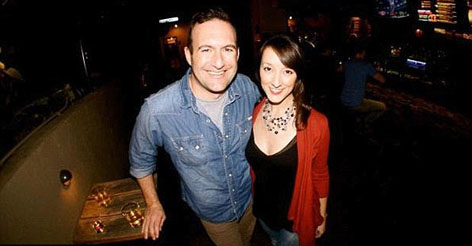 Jason Stanford refers to himself as an ‘astronaut wife’, because his actual wife and stepmother to his two sons, Sonia Van Meter, 36, was one of the people chosen for the Mars One Project, a privately-funded one-way mission which hopes to establish a permanent human colony on the red planet.

The first Mars One mission is slated to launch in 2026 – amid widespread criticism from scientists and space luminaries – with four people to touch down, and then another four every two years from there.

However Stanford and his wife – who live in Alexandria, Virginia, with his sons Henry, 13, and Hatcher, 11 – support the mission, and he has now accepted his own role as part of the process.

Not surprisingly, people not involved in the couple’s life have strong opinions about the matter, and how she can abandon her family like this. Jason’s response is, “this is bigger than me.”