Sex robots have evidently become more popular in brothels across the world, especially as they become more and more realistic. There are a lot of men who love them, but some are not as thrilled — some scientists and ethicists are saying that sex robots are dangerous[1]. 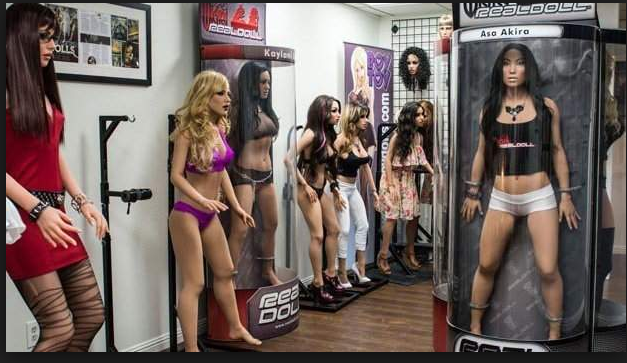 Technology has enabled sex robots to appear more human than ever before. It’s believed that by the end of the year, there will be sex robots on the market with human-like skin, who are responsive to touch and are able to “talk dirty” to users. And brothels across the world have been making the sex robots available for their patrons, where men can live out their “wildest fantasies” with robots who can’t say no.

But religious groups have come out against the sex robots, as have scientists who specialize in robotics. The Foundation for Responsible Robotics, for example, recently released a report warning that the use of sex robots could lead to an increase in sex crimes.

“On the one hand, if a sex robot is designed to resist sexual advances such that their use constitutes a simulated act of rape, then building them puts the user in relationship with the act of raping a woman,” the report read. “It exhorts and endorses rape. On the other hand, building a robot that is passive or elicits sex is ethically problematic for what it communicates to the broader public about women’s sexuality.”

Noel Sharkey, a specialist in artificial intelligence who helped author the report, said that having sex with a submissive robot could encourage objectification, rape and pedophilia. The idea of sex robots encouraging pedophilia may seem far-fetched, but some have advocated for their use as a way of “treating” pedophiles who want to molest children.

“There have been controversial suggestions about the use of sex robots in sex therapy for the prevention of sex crimes such as violent assault, rape and paedophilia,” the report explains. “For most of us, who are not sex criminals or trained therapists, there is an immediate visceral response of revulsion to the notion of child sex robots. But there are a few who believe that they could help in therapeutic prevention to stop paedophiles offending or reoffending.”

“I can tell you that the sex robots are certainly coming. I can’t think of any other way to say it,” Sharkey said. “There are a bunch of companies making these [things] and beginning to ship orders in fact, and we thought policymakers and the public should really know what was going on.”

Kathryn Taylor, who works with the Salvation Army’s anti-trafficking and modern slavery unit, also warned that sex robots can further lead to sex being seen as a commodity.

Do you think sex robots are dangerous?