I Made a New Word XXVIII

Goodperson Fever (n.) is an obsessive-compulsive disorder involving the demonstration of certain positive attributes to strangers, for purposes of self-validation. It becomes a self-perpetuating cycle if these positive attributes don’t really exist, or if there is a great need to achieve this validation for purposes of acquiring social status, contrasted with a much lower level of confidence that these attributes really exist.

The fever has one distinguishing symptom, the recognition of which provides a conclusive, undeniable diagnosis that the fever is in its advanced stages: The more that has been achieved as far as getting the word out that the patient is a Good Person, the greater the impulse to do it again. 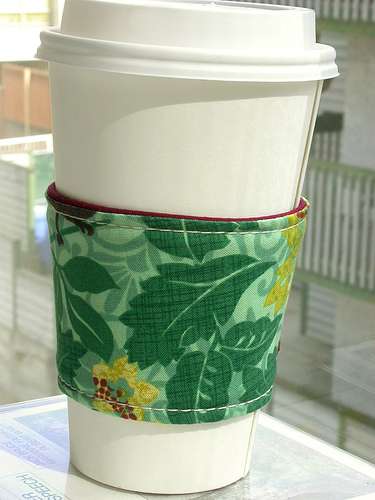 Lesser symptoms include: Expressing one’s political beliefs about something when the topic of conversation is different or unrelated, and when nobody inquired; isolating classes of people as targeted beneficiaries of one’s helpful efforts, for purely obsequious purposes, such as “women” and “minorities”; excessive concern about the environment, but purely as a social issue and without any regard to cause and effect — such as drinking coffee out of a “green” eco-cup, but then commuting to work in a Ford Explorer or Toyota Tundra. The litmus test is that the incentive to do these good things that good-persons do, suddenly dissipates when it is perceived that nobody is paying attention.

In government and in other positions of authority, Goodperson Fever is the cause of nearly every bad law in human history. Someone, somewhere, wanted to demonstrate to strangers what a good person he or she was.

There is very little that can be done to treat Goodperson Fever, since ignoring it doesn’t make it go away, and providing the validation that is so desperately craved by the patient, just makes things worse. Experts say there are lots of things we can do to prevent it though. Some significant responsibilities for potential victims in the childhood years, will give them an opportunity to measure their self-worth from within and therefore mitigate the need to go seeking such validation from total or near-total strangers later on. Also, Goodperson Fever epidemics take hold most often in social circles and in geographic regions where there is little work to do, or what little work there is, is done by “everybody” with little or no opportunity for individuals to distinguish themselves. It seems to be a natural consequence of propagating the “Together We Can Do This” meme with a little too much zeal. People start to hunger for ways to establish an identity and ultimately fall into the trap of proving themselves to be the “Most Extraordinary Ordinary Person” around.

Some say our susceptibility to this may be a holdover from thousands of years of evolution, from when man lived in villages that operated as a commune. The theory is that after a bleak harvest season, when food and other resources became scarce, people began to look for ways to prove themselves worthy in case the sustenance on hand was insufficient to accommodate everyone, and some villagers would have to be cast out for the survival of the rest. According to this, those who were less inclined to engage this vicious cycle of proving themselves, were the ones who were ostracized. They died off, and were thus removed from the gene pool. Those who are alive today, therefore, are descended from the sycophants who managed to straddle that illogical line: Everything that is worth doing, is worth doing by everyone, and nobody should go off and do anything by his lonesome — that would imply a specialty, and we can’t have specialties because everyone is worthy and everyone is equal. But oh, by the way, just in case the hunting is bad and the crops are withered, here are the reasons why I’m more worthy than most.

Whatever the cause, it is responsible for a great deal of damage, although, it must be said, no hard scientific correlation has yet been found between Goodperson Fever and global warming.

But — for the good of society — we’re sure as h*ll going to try to come up with one.

Cross-posted at House of Eratosthenes[1].