‘I Was Terrified, But I Saved His Life’: 9 Year-Old Girl Rescues Deaf Brother as He is Attacked by THREE Rottweilers

The younger sister of a deaf boy who was mauled by rottweilers is receiving substantial praise for her heroic actions. A report from the Daily Mail[1] details the harrowing attack on the child and the sister’s actions to save him. 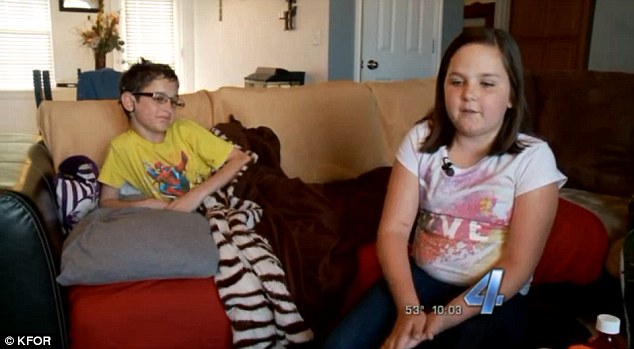 An 11-year-old hearing-impaired boy from Oklahoma has his younger sister to thank for saving his life after a pack of vicious rottweilers mauled him over the weekend.

Elijah McKenna suffered two wide, bloody gashes on his back of his head and numerous deep bite marks all over his face and body after his neighbor’s three dogs attacked him near his grandmother’s home in Moore, Oklahoma, Saturday.

But the child’s family say if it were not for Elijah’s fearless 9-year-old sister, Alyssa, the special-needs boy most likely would have been dead

Alyssa says she went outside to check on her sibling, who is deaf, when she heard his screams and spotted a trio of large rottweilers biting the child in the brush by a dirt road.

Setting aside concerns for her own safety, Alyssa ran over and scared off the hounds so she could tend to Elijah.

The wounded boy could stand up or walk on his own, so his little sister picked him up and carried him home.

‘I was terrified, but I saved his life,’ Alyssa told News Channel 4.[3]

When Elijah was brought to a nearby hospital for treatment, he immediately went into surgery.

The injured child, who turned 11 Tuesday, was later released home with 40 staples on his head. He is now learning to walk again.

On Monday, the animals that attacked Elijah were still seen roaming around the neighbor’s yard.

Dog owner Martin Tidwell said that what happened to the 9-year-old was terrible.

Rhianna Bravenec, Alyssa and Elijah’s mother, said she wants all three dogs euthanized. The woman has another young daughter and a fourth child on the way.

Tidwell said he has to wait until the end of a mandatory 10-day quarantine to put his pets down.

Under state law, Tidwell is not required to euthanize his animals, but the man said he feels morally obligated to do so.

Thankfully, Alyssa did not fail to act and Elijah appears to be making a full recovery.