If you want some, better eat it now: The world is running out of chocolate 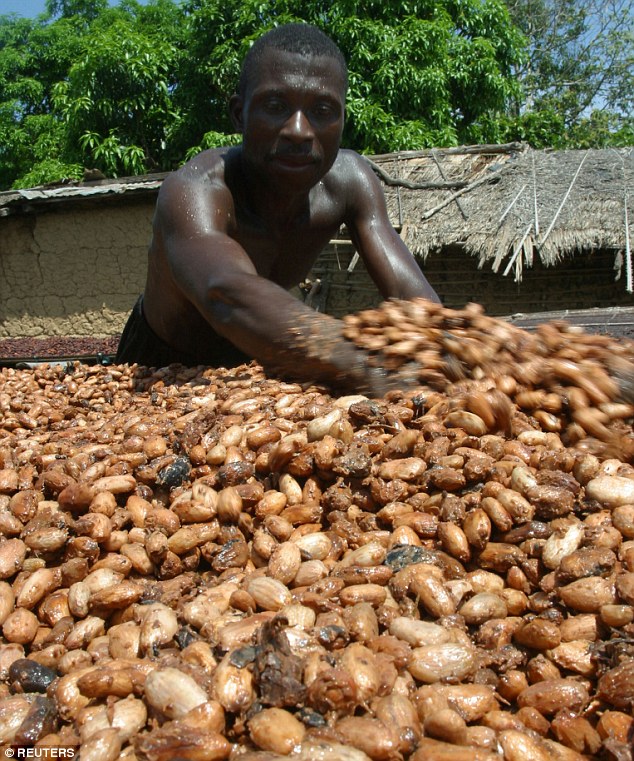 [1]If something doesn’t change, chocolate could become scarce and expensive. Fortunately, the impending shortage is relatively easy to fix. It is occurring because production has not caught up with demand, and methods of farming have not been updated in years.[2]

Since the 1990s, more than a billion people from China, Indonesia, India, Brazil and the former Soviet Union have entered the market for cocoa.
Despite the increased demand, supply has not kept up and stockpiles of cocoa are falling.
Doug Hawkins, from London-based research firm Hardman Agribusiness, said production of cocoa is under strain as farming methods have not changed for hundreds of years.
He said: ‘Unlike other tree crops that have benefited from the development of modern, high yielding cultivars and crop management techniques to realise their genetic potential, more than 90 per cent of the global cocoa crop is produced by smallholders on subsistence farms with unimproved planting material.’
Some reports suggest cocoa growers in the world’s top producer country, Ivory Coast, have resorted to illegally farming protected forests to meet demand – what Mr Hawkins calls ‘destruction by chocolate’.
…
Mr Hawkins said: ‘We are seeing in Latin America, particularly in Ecuador, farmers who are saying, “Let’s bring it into the 21st century, let’s rethink this crop.”

Somehow I don’t see chocolate lovers around the world easily giving up their chocolate, they will make sure farming techniques are updated so the supply stays plentiful and cheap. After all, this is chocolate we’re talking about, not spam.