Apparently tired of the sluggish pace of the government, Rep. Jim Jordan[1] decided to take the impeachment proceedings against IRS Commissioner John Koskinen to the next level. 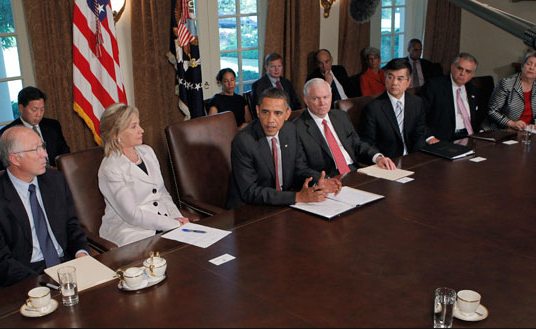 One congressman has become fed up with the federal government’s delay in following up on impeachment hearings of one of President Barack Obama’s top officials and begun speaking out in hopes to quicken action on the matter.

Rep. Jim Jordan, R-Ohio, said before the House last week it is time to take action against Internal Revenue Service Commissioner John Koskinen for obstruction and lying to Congress about his role in the IRS’ targeting of conservative groups[3] applying for tax-exempt status.

Jordan said Koskinen failed with every single duty he had and claimed that up to 24,000 critical emails[4] were destroyed on Koskinen’s watch.

“He had the duty to preserve the documents with preservation orders put in place. He had a duty to produce them with two subpoenas asking for the documents,” Jordan told WND[5] and Radio America.

Jordan went on to say that Koskinen had a duty to testify accurately, which he also did not do.

“He had the duty to correct the record when he testified in an inaccurate fashion and he had a duty to tell us in a timely manner when in fact they had destroyed the documents and lost the documents. He failed every single duty he had, and it seems to me, when you put all that record together, he should be impeached,” the congressman said.

Jordan went on to say that there is no way any taxpayer being audited could lose or destroy any critical documents and get away with it. The “big-shot commissioner” that the president brought in to clean up the IRS should have to abide by the same rules that citizens must obey.

“Right now, the executive branch is trampling all over the legislative branch,” he said, noting there was no adequate checks and balances system in place. And something needs to be done about it.

It’s about time we saw a politician step up to bat for the American people.