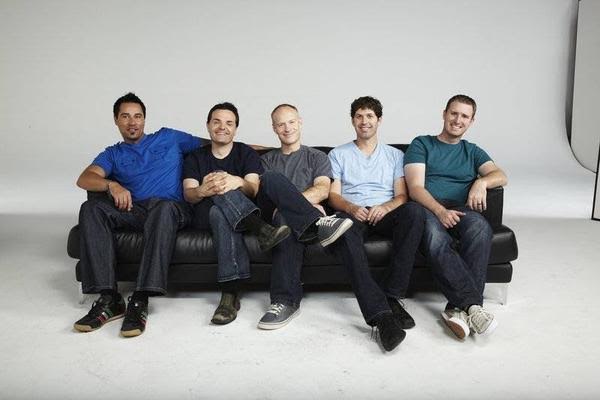 The Piano Guys are a group of artists that found each other over the years and started performing phenomenal music. The do amazing things with music. From original songs to amazing covers of well known songs to their stirring mash-ups (don’t worry, I will put some of my favorites below) they have changed music and classical instruments for everyone who hears their music.

Their goal is to uplift and inspire the people around them. Although much of their music is secular, they also work to provide faith based music that will touch your spirit. And they are performing at the inauguration this week in Washington D.C. And no one should be surprised that they have received quite the backlash.

Their decision to perform was not taken lightly. It has been a hard year for the group. Jon Schmidt, pianist and founder, recently lost his daughter to a tragic hiking accident. And the group has all felt the loss deeply. But their personal struggles are not stopping them from working to accomplish their mission as artists in a troubling age.

They spoke out in a powerful message about why they will happily be performing at the inauguration. And I do not know if anyone could have said it better.

I honestly cannot seem to choose small segments from the statement that fully portray the beauty of their message and I encourage all to take the time to read this and share. It is exactly what our nation needs to hear. And I strongly encourage everyone to read and share the full message shared by this group. It reaches so far beyond their choice to perform at Donald Trump’s inauguration. It becomes so clear, this really isn’t about one man. It isn’t about Donald Trump. It is about healing. It is about our brothers and sisters, those who we share this world with.

Differences of faith, opinion, voting pattern, demographic, gender, or race do not exclude us from the service of others. Examples are given of the many people who have been an example to them as they prayed and thought on their role in the inauguration.

People like Mother Teresa who defied cultural castes to serve people considered “untouchable.” She once said, “If you judge people, you have no time to love them. Spread love everywhere you go. Let no one ever come to you without leaving happier. Be faithful in small things because it is in them that your strength lies.”

We look to Marian Anderson – one of history’s bravest proponents of civil rights – an African American woman who sang for two inaugurations in a divided, segregated nation, despite being treated by many in that nation with unthinkable prejudice and baseless hatred. She once said, “As long as you keep a person down, some part of you has to be down there to hold him down, so it means you cannot soar as you otherwise might.” How she must have smiled from above when President Obama was elected – a landmark leap forward in the struggle she so peacefully fought so fiercely.

This same President Obama counseled us all to “work as hard as we can to make sure that this is a successful transition for the President-elect — because we are now all rooting for his success in uniting and leading the country. The peaceful transition of power is one of the hallmarks of our democracy. And over the next few months, we are going to show that to the world.”

We look to Jesus Christ, who we believe to be the greatest example of unconditional love in history, whose antagonists attempted to trap him into treachery against his own teachings in order to uphold the law of the day and stone a woman they caught in adultery. To them He suggested, “He that is without sin among you, let him first cast a stone at her.” Jesus asked us to love our neighbor unconditionally and forgive those that sin differently than we do.

Their message is powerful. Please take the time to read it in it’s entirety.

In the meantime, if you aren’t already familiar with their music get ready to fall in love. Here are a few of my favorites.

This original song is a message everyone needs to hear right now. It will be okay.

The group is working towards a goal of performing at each of the seven wonders of the world. This is their performance at the Great Wall of China.

And this mashup…. AMAZING.