This is so delicious that it positively has GOT to be fattening. I’m talking like, the Adkin’s diet would warn you away from it, finger-lickin’, stick to your ribs good.

I’d really like to feel bad for Nancy Pelosi, but after the last 8 years, I just can’t bring myself to feel anything but contempt for the woman. 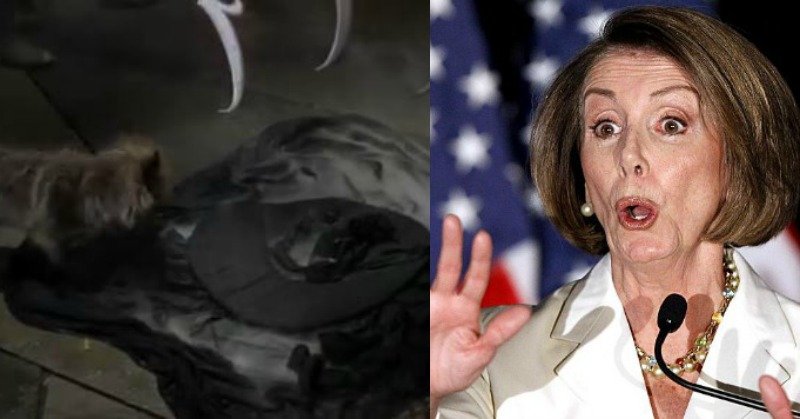 CBS News[2] is reporting that Nancy Pelosi had an extreme meltdown during a closed-door meeting about leadership elections.

ehind the closed doors of the caucus, Democrats clearly wanted to delay the vote for their leaders in the wake of an election that was disappointing to Democrats, who picked up only six seats, leaving Republicans with a 241-194 majority. Pelosi wanted the House Democratic elections to be held this week, and she said so several times.

Pelosi was angry and defensive, according to the source. Members spoke up, and the prevailing opinion was that their elections should be delayed. Rep. Emanuel Cleaver made a motion to vote to delay the leadership elections.

Pelosi, said the source, by this point was extremely angry. She then jumped up and told the caucus that it should be holding its elections now, saying it was an emergency. Everyone, she declared, is moving forward, and we’re not.

Abruptly, she changed course and dismissed the argument and said it wasn’t worth it and demanded the meeting be adjourned immediately. Members were confused, and a short time later, a notice was issued that the leadership elections would now take place on Nov. 30.

Apparently Pelosi is extremely eager to play very poor defense against Donald Trump and a Republican-majority Congress. Gotta say, I’m thoroughly enjoying watching her and her fellow swamp-creatures squirm at the idea of a Trump White House.