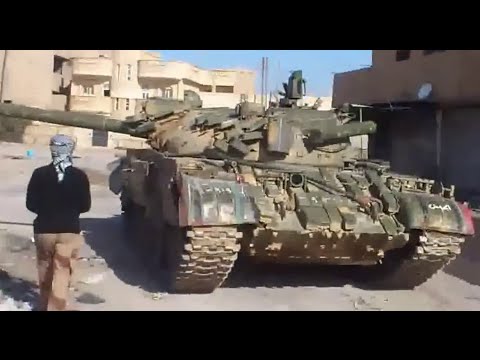 [1]This 55-second video (below) shows an ISIS T-55 tank (captured from the Syrian Army or the Iraqi Army) in Kobane,  Syria, being hit by the Kurdish YPG. Bravo to those brave men! The Obama administration may be failing to combat these bloody terrorists, but fortunately there are determined fighters all over the world who are saying enough is enough. [2]

Weasel Zippers reports, “At the 47  second mark, you can see what looks like one of the ISIS fighters inside the T-55 go straight up in the air via the open door on turret.” Look carefully, because it goes by very quickly.