Innocent parents took their baby to the hospital. As a result, they lost their child for good 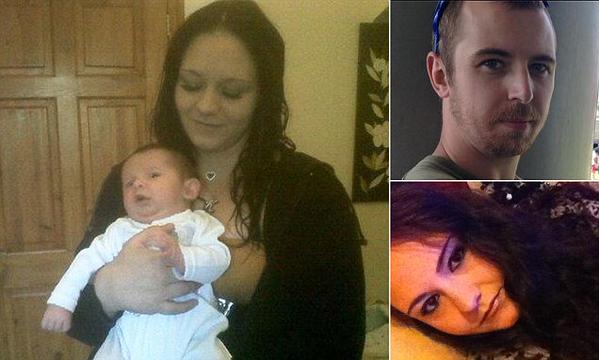 [1]Karissa Cox and Richard Carter took their six-week-year to the hospital after finding blood in the baby’s mouth after a feeding. Instead of simply receiving treatment for their baby, they had it taken away from them.[2]

Doctors noticed that the baby had bruising and what appeared to be fractures, and alerted the authorities of possible abuse. Within days, both parents had been charged with child cruelty and the baby was taken into state custody.

For three long years, the couple maintained their innocence. This week, a court finally cleared them of the charges as new evidence showed that there were no signs of abuse. The child had been found to suffer from a Vitamin D deficiency (which can cause rickets and lead to fractures) as well as a blood disorder called Von Willebrand II (which causes victims to bruise easily). Those health problems explained the injuries that had alarmed the medical staff and proved that the parents had not hurt their baby after all.

The parents’ relief was short. Though their names have been cleared, it does them little good. In the years that they have been fighting the charges, their baby was fostered by another family and eventually adopted without their consent.

They intend to continue fighting to get their baby back, but they have been told by legal authorities in Britain that their chances are slim. This is a sad example of child welfare agencies going too far. Sometimes, they do not act aggressively enough to help abused children. But other times they wrongly take children away from their parents. Hopefully this couple eventually gets their child back — and the agency that did this to them gets reformed.