Beautiful, gorgeous, unforgiving irony. And it couldn’t have happened to a nicer guy!

American actor George Clooney has been an avid advocate for liberal causes, including open borders. He has been living in England for some time, but is now moving back to the United States. Why?

Because his home in Los Angeles is deemed more secure than his English estate.

Shocking, right? Not to those of us who have been paying attention to the refugee crisis. 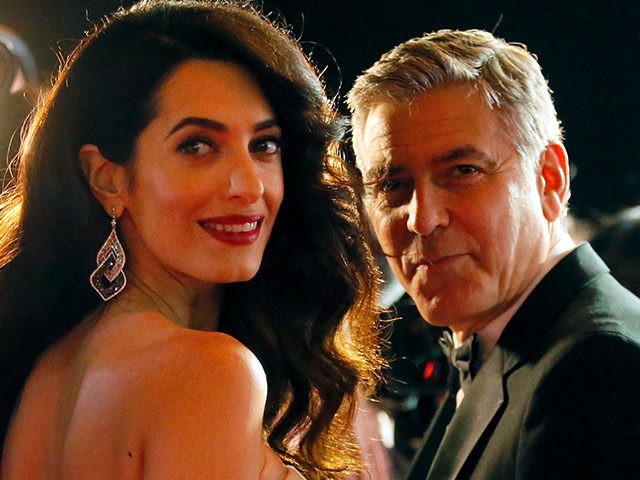 A “Clooney insider” told Life & Style[2] magazine that George Clooney and his wife Amal will be headed back to their property in California as soon as possible.

“As soon as Amal found out she was pregnant, he hired former Secret Service agents to assess all his properties and make recommendations for improvement. His mansion in Studio City [Calif.] was deemed the most secure, and it’s within minutes of an LAPD station.”

This is what any parent would do, right? You want your spouse, your children and yourself to live in the safest area you can so nobody you love gets hurt. It’s just common sense.

Why, then, would you only apply that to your family and not everyone in the country? For a liberal who is supposed to care about everyone, you don’t seem to have much concern for the well-being of your fellow countrymen, Mr. Clooney.

One of the reasons that the area isn’t too safe is Amal’s work with international human rights issues and her call for the eradication of ISIS. As a result, the Clooneys have received death threats from the terror organization and thanks to their like-minded buddies in England, they’ve let in plenty of the savages who claim to be “refugees” in need of shelter.

In May, it was reported[3] that nearly 23,000 KNOWN Jihadists are currently living in Britain, which is a far cry from the 3,000 that was previously announced.

Now, I don’t expect this to change his mind, as it’s popular to be liberal in Hollywood and all of his rich and famous pals will affirm his beliefs, but it should at least serve as a warning that America will turn into England if they get their way.