Is Scott Adams Making a Comment About the Incoming Obama Administration…

…or is he just trying to come up with a 21st-century version of the Tytler Cycle[1]. 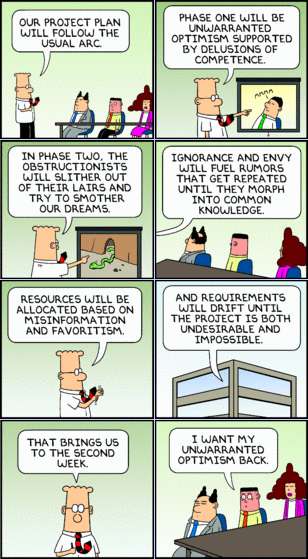 As loyal readers of The Blog That Nobody Reads might’ve predicted, the panel below in particular is by far my favorite. I have captured it and expect to use it very often over the next four years, and of course I shall give proper credit. As if the creator isn’t obvious to the casual observer already.

But boy howdee. You certainly don’t need to wait around for a high-tech project to get a green light, nowadays, to see plenty of this… 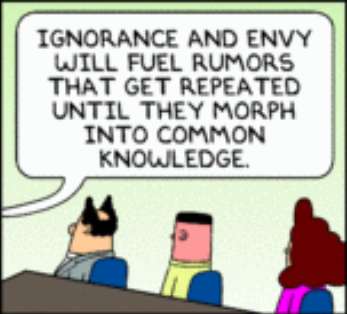 If you toss aside the funny papers, and jump to the front page of my local newspaper this morning, you see this already coming to pass. Peculiar nonsensical tidbits morphing into common knowledge. What a challenge the new President Obama has with juggling the economy with a bunch of other things…and some journalistic curiosity, perhaps, about what He’s going to do when He so juggles? Ha! Ha! You should live so long. Nope. A detailed exploration of His racially mixed ancestry, and how good that makes everybody feel[3]. Paragraph upon paragraph about what He is…after a nearly two-year-old campaign in which someone could’ve explored what He’s going to do…but very seldom did anyone anywhere, outside of the right-wing blogs, so explore.

He is all about being, and not about doing. That is His style, that is His schtick, it is His public image. He is something…what He does, nobody knows, and nobody who has a voice is overly curious about that.

Being over doing. He is a leader for our times[4], after all.

Update: On that note, this cartoon strikes a chord as well. H/T to The Anchoress[5] for finding it:

Cross-posted at House of Eratosthenes[6].