So, you’re saying that when you hit ISIS hard…they get demoralized and give up[1]? Why has Russia figured this out and American hasn’t? 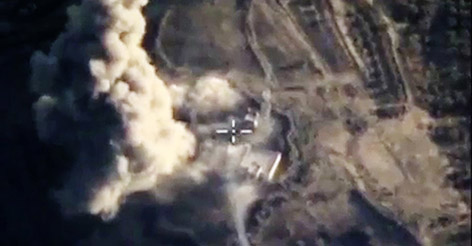 Growing numbers of Islamic State militants in Syria have become discontent with their command and deserted the ranks of the militant group amid the Russian anti-terror operation, Moscow’s Defense Ministry said on Friday.

“The majority of armed gangs are demoralized. Discontent with field commanders is growing amid the fighters, and there are instances of disobeying orders,” senior Russian General Andrey Kartapolov told a media briefing.

Cases of desertion among the jihadists are no longer isolated, with them now fleeing “en masse,” the colonel general, who heads operations in the Russian general staff, added.

You can listen to more below. “Russia did more in one week than the US did in a year” stings…