We have any number of policy disagreements with our President, but at the end of the day he’s still OUR President.  This is disgusting[1] and cause for action. 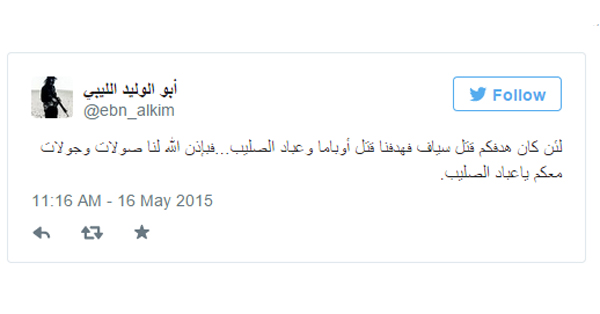 Shaken by a daring U.S. military strike deep in ISIS territory, supporters of the extremist organization were vowing revenge for the killing of senior leader Abu Sayyaf or claiming the special operations mission never took place, a Vocativ analysis reveals.

“If they took Abu Sayyaf, we will take Obama,” one ISIS supporter posted in the hours after the raid, which took place near the eastern Syrian city of al-Amr.

To be fair, I don’t know how serious to take a “social media” threat. I think it’s safe to assume the CIA, NSA, and secret service have the covered.