Islamic State militants have launched an urgent appeal for people under their control to donate blood [1]after suffering heavy casualties in Coalition air strikes. Some reports they’re stealing blood from captured women and children. 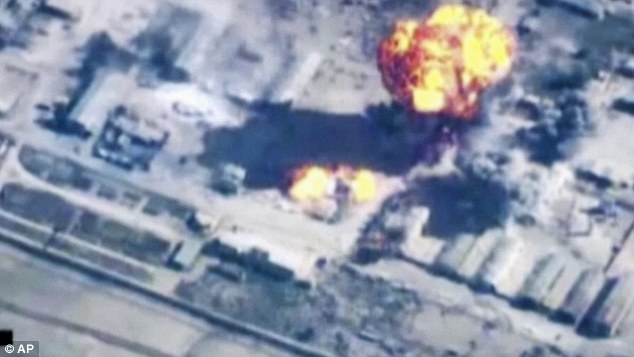 U.S. and partner nations conducted three air strikes in Syria and six in Iraq since Sunday which followed 56 bombing raids by Jordan in retaliation for the murder of its pilot. The attacks have reportedly killed dozens of jihadists and left many more seriously injured.

In the terror group’s de facto capital of Raqqa, fighters are understood to be calling for residents to give blood to treat their wounded comrades. Anti-ISIS activist group Raqqa Is Being Slaughtered Silently (RIBSS) claims people are being urged to donate regardless of their blood group such is the need to replenish stocks. It is not the first time ISIS has adopted such measures.

Last month, a pregnant teenager who was captured by Islamic State militants has revealed how girls are being forced to give blood transfusions to keep their attackers alive. Hamshe told of how sickening Islamist jihadists have been using the blood of captured women and children for wounded fighters in the battlefield. The 19-year-old, who also has a baby with her husband who is believed to have been murdered by militants, was held captive for 28 days before she escaped. She said: ‘When each of them took a Yazidi girl, one of them took me to his house and locked me inside a room and told me “I will not give you food or water if you refuse to marry me. They forced the Yazidi girls to donate blood to ISIS wounded fighters. Which God allows these acts?’

In September, the militants also resorted to making appeals through loudspeakers at mosques after suffering mass injuries during its attack on the Syrian town of Kobane.

The recent U.S.-led strikes in Iraq hit a tactical unit and destroyed an Islamic State building and heavy machine gun near Mosul, the Combined Joint Task Force said in a statement on Monday.