Conservative activist and jihad watchdog Pamela Geller is being targeted by ISIS, the Islamic terrorist group, once again.

Geller became the target of ISIS when she organized a draw-the-prophet-Mohammad content which was attacked by jihadists in Texas. Now, the group has taken to Twitter to send out Geller’s private New York address.[1] 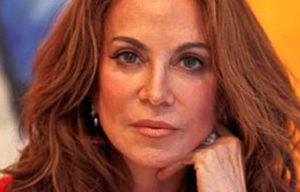 The personal address of an anti-Muslim activist was tweeted Friday from a Twitter account bearing the name of a man believed to be a British Islamic State jihadist kingpin. The tweet about Pamela Geller, who heads a group called the American Freedom Defense Initiative, came just hours after a third man connected to a plot to kill her and murder Boston police was arrested.

“#GoForth,” the Tweet urged via a hashtag after revealing Geller’s New York City address, apartment number and all. The Twitter account that sent out the address has since been suspended.

ISIS has previously claimed that they have 71 terrorist fighters in 15 different states in the US. Geller has already said that she has bumped up all of her security since the Texas cartoon contest attack.

And, get ready for the mainstream media to ignore the threats against Geller, solely because she does not adhere to their leftist ideology.