ISIS: ‘We will use refugee crisis to infiltrate West’

American activists have been warning of a “fifth column,” and some are saying that ISIS is using the Syrian refugee crisis to do so. I’d be lying if I said I understood any of this[1], but… 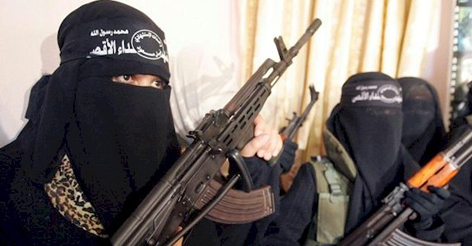 Evidence of that invasion came in February when an ISIS operative confirmed what many already suspected – the Islamic State is using the refugee crisis to form a fifth column of Muslim fighters inside Western nations.

The Syrian operative claimed more than 4,000 trained ISIS gunmen have already been smuggled into Europe – hidden among innocent refugees, reported the Express, a British newspaper.

Hungary’s prime minister, Victor Orban, was lampooned in the European media Thursday for writing an op-ed in which he stated Hungary was blocking the Muslim migrants to preserve its Christian heritage.

But more European leaders should be as astute as Orban, says Clare Lopez, a senior Middle East analyst for the Center for Security Policy.

According to reports (Buzzfeed, British newspapers, etc.), ISIS has been smuggling gunmen across the Turkish border and is believed to have over 4000 soldiers throughout the EU. So, if for some reason you’ve been looking for something do to worry about, here you go!