Usually we find out that the butler did it, but this time it was the maid…instructed by her boss Hillary Clinton. Mrs. Clinton apparently believed that her own security clearance[2] extended to her household staff. Marina Santos was regularly asked to print emails for Hillary at home. The only problem is that Santos was the Housekeeper with absolutely no security clearance. When she wasn’t busy printing out Hillary’s emails, including sensitive and classified emails, she was managing Hillary’s private home in Washington, D.C. as the housekeeper.

Of course it is illegal to allow those who lack the proper clearance to see classified documents. But that did not seem to bother Hillary or her aides, as they routinely called upon Marina Santos to complete tasks typical of a trusted office assistant. Hillary has always believed she is above the law. No pesky rules about classified documents were going to stop her from doing exactly as she pleased. 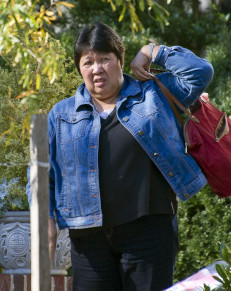 The way it worked during Hillary’s time at the State Department was that she would get very sensitive emails from her people at work and then ask them to send them on to her housekeeper to print out at home. There are many documented instances of this happening.

And the crazy thing is this; FBI Director Comey never asked for the computer or the printer Santos used. Apparently that isn’t important. The Secretary of State actually entrusted state secrets to her housekeeper. How easy would it be for a foreign government to plant a housekeeper/operative in the residence of a government employee? How simple would it be to create the opportunity for that operative to garner classified information and send it back home to a hostile government? This is the most dangerous misuse by Hillary of the office of Secretary of State to date.

Just today the FBI announced that the reopened investigation is conveniently once again not leading to any prosecution of Hillary Clinton. Nothing to see here. Of course, this was likely the goal all along…to be able to say that Hillary is “innocent” right before the election. The American people are not fooled by these games. The American people are tired of the lies and the criminal behaviors not being prosecuted. Hopefully the American people will let Hillary know this Tuesday, that they will not take any more of what she is shoveling out.

Meanwhile, if you are looking to get quick access to United States secrets, apply as a housekeeper with the Clintons. There may be an opening. All you need is to know how to operate a computer and a printer.