In a recent interview, Ivanka Trump, the daughter of frontrunner[1], Donald Trump had something she wanted to make sure Americans were aware of about her Father. So she opened up and shared it… 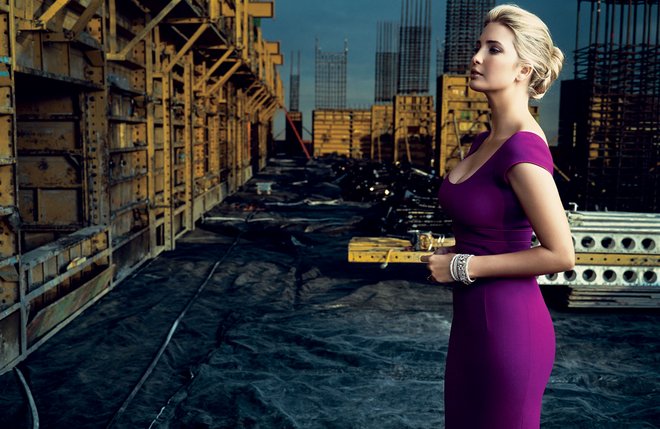 “Obviously as a daughter, it’s hurtful to hear those things said. I know that they’re not true, so it bothers me less to my core. On the surface, it’s obviously a hurtful thing to hear as a daughter,” Trump said. “I will say there’s so much support, and so much outpouring of love from the people that it more than makes up for a couple of naysayers.”

“I will say that I’m not altogether surprised, because ultimately, the establishment thrives on influence and power. And my father’s made it very clear he’s not looking to be influenced, not looking to take donations from interested parties. He’s looking to make clear decisions, clean decisions that are in the best interest of the country. So that cuts a lot of people out of the equation that normally would have been influencing the agenda. So it’s not altogether surprising to me, even though I do think you see a lot of people who realize this is for the best of the country and they’re coming on board within the establishment as well. I do think that will happen. But it’s been a very interesting ride, to say the least.”

“I think what we’re seeing now smacks of desperation. Candidates who have been talking about for eight months about how they’re optimists, they’re different from everyone else… they’re getting in the mud worse than anyone,” Trump chuckled. “But that’s politics, right? So if nothing else, this primary process really reveals the true character of a lot of people. But a lot of what we’re seeing in the last week comes from a place of desperation to resonate or make their voices heard.”

Bannon then asked Trump if her father and the entire Trump family were ready to go to the Republican convention while the GOP establishment fights her father all the way up to the nomination.

“I personally don’t think that will happen,” Trump said.

“I think my father will get the delegates to ensure that doesn’t happen. And if it happens, it happens. My father is in this for the long run, so he’s not backing down. If nothing else, he’s been very emboldened by the passion, the outpouring of support of the people he’s meeting, of every single city he passes through… I will say one other thing about why my father will be an amazing president, and something in addition to the long list of things I gave you about his competence, and capability, and intellect. He has an amazing heart and he’s going to do the right thing. He’s a very good person. And obviously, I’m somewhat biased, being his daughter! But I’ve also worked alongside of him at the Trump Organization for the past ten years and I’ve seen how he’s treated his employees, and how he’s empowered them and inspired them to become the best leaders they can be themselves. So I think he’ll be amazing, and I’m hopeful today will be a massive step forward in this process. I think it will be.”

Only time will tell now…and the tension is sometimes just too much!