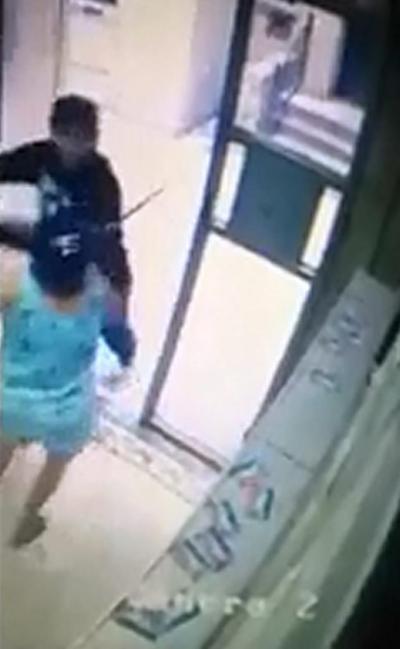 [1]A homeless man, Hansel Ramirez, shoved a 96-year-old grandmother, attempting to push past her into the locked building she lived in. Filomena Vargas fell to the ground, shattering her hip. After a week in the hospital, she died of her injuries.[2]

Ramirez said he was staying in the Inwood building with his pal Darryl Brown. He said on the day of the fatal encounter he was waiting outside for Brown to come home so he could retrieve a “book bag and a few other things.”

That, Ramirez said, was when Vargas shouted at him to go wait across the street.
…
In a shocking video obtained by The News, a cane-carrying Vargas was seen refusing to let Ramirez into the building on Sept. 28 moments before the intruder barged inside and shoved the elderly woman to the floor.

“Help me! Help me!” the prone woman cried out.

Ramirez panicked and quickly ran off, but cops were able to identify him through the surveillance video and found him hiding at his grandmother’s home.

Pictured here with her son, Andres Colunna, 65, Filomena Vargas had lived in the complex since 1974 and was a beloved patriarch known for her good taste in food and strong whiskey.